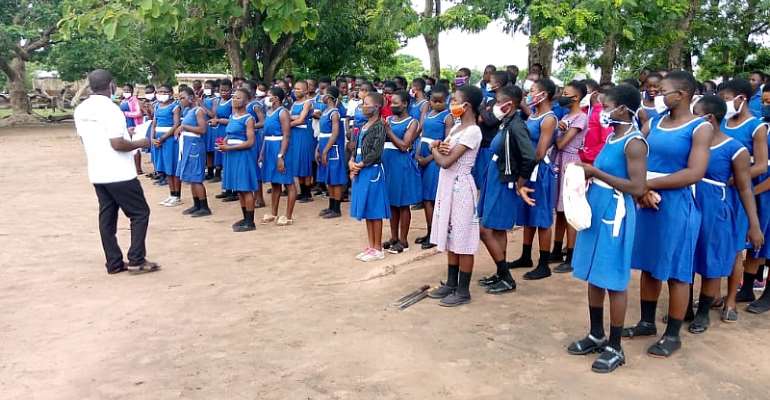 The Atebubu-Amantin municipal office of the National Commission for Civic Education has celebrated this year’s ‘Citizenship Week’ with the engagement of a number of basic schools within the municipality.

The Citizenship Week was introduced in 2012 as part of the annual Constitutional Week and focuses on basic schools with the aim of inculcating in the pupils the values of citizenship and remind them of their roles and responsibilities in ensuring a strong, vibrant and democratic Ghana.

Under the theme ‘we are one, Ghana first’ the school pupils were sensitized on the need to put their collective sense of nationalism foremost in everything they say or do before their individual social, cultural, ethnic or religious differences.

According to the municipal director of the commission Mr. Patrick Tampugre, the theme was carefully selected to drum home the fact that it is only through unity that we can have the desired peaceful environment for development in order to meet an ultimate objective of a united and prosperous Ghana.

The pupils were taken through lessons in nationalism, patriotism, respect for traditional values and symbols, decency and decorum in language and discipline in both public and private life.

They also received lessons in the need for the protection of public property and the environment, abstention from bribery and corruption as well as hard drugs and alcoholism, avoidance of tribalism and crime and the need to live in peace and harmony with others.

Pupils asked varied questions on the topics treated to which answers were provided while others promised to share the message with members of their communities.

The commission donated copies of the 1992 constitution to the affected schools.

I dare confused, boastful Shatta Wale for a battle at stadiu...
52 minutes ago