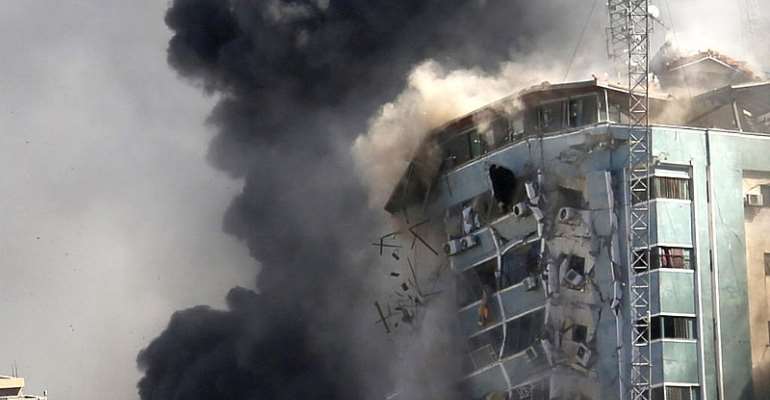 The United Nations Security Council was preparing to meet Sunday, as the worst outbreak of Israeli-Palestinian violence in years entered its seventh day.

Both Israel and Hamas, which runs the Gaza Strip, said they would continue their cross-border fire after Israel destroyed a building housing the Associated Press and Al Jazeera media operations.

UN Secretary-General Antonio Guterres warned that "any indiscriminate targeting of civilian and media structures violates international law and must be avoided at all costs”.

The Israel military said the al-Jalaa building was a legitimate target, containing Hamas military offices, and that it had given advance warnings to civilians to get out of the building.

In a television address, Israeli Prime Minister Benjamin Netanyahu said Israeli forces were "in the midst of this operation" that would “continue for as long as necessary”.

He accused Hamas of "hiding behind civilians".
Early on Sunday, four Palestinians died in airstrikes, as Israeli forces bombed the home of Hamas's chief in Gaza.

At least 153 people have been killed in Gaza, including 42 children, since the violence began. Israel has reported 10 dead, including two children.