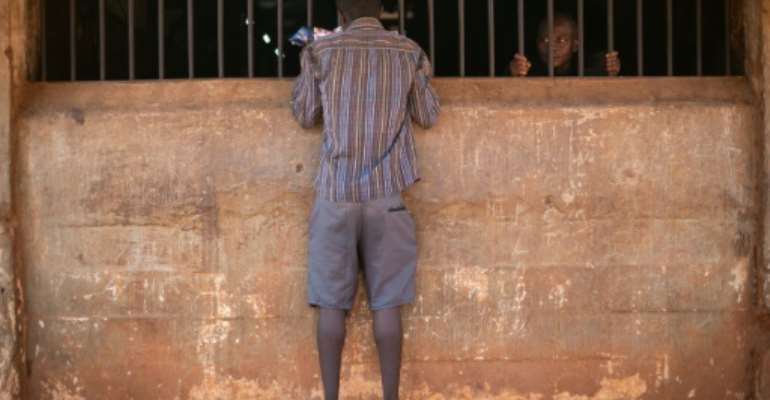 Sierra Leone has long allowed the use of death penalties for certain crimes, but has not carried out an execution since 1998. By Anne-Sophie FAIVRE LE CADRE (AFP/File)

No execution has taken place in the country since 1998, and death penalties are often commuted.

Sierra Leone, which is still recovering after decades of civil war, has frequently come under fire from rights groups for keeping capital punishment on the books.

"Once the legislation goes to parliament and gets approved, that ends the story of the death penalty," Koroma told AFP.

He added that the cabinet of President Julius Maada Bio had decided to push to abolish capital punishment in order to "uphold the fundamental human rights of Sierra Leoneans".

The date of the cabinet's decision is unclear.

But the government announced the move on Wednesday during a review of Sierra Leone's human rights record at the United Nations, Koroma said.

"We will continue to partner with you in promoting a progressive human rights agenda," he tweeted.

Sierra Leone's 1991 constitution allows the use of the death penalty for aggravated robbery, murder, treason and mutiny.

However, the last executions in the country were carried out in 1998, when 24 military officers were put to death after a coup attempt the year before.

A truth and reconciliation commission set up in 2005 to investigate the brutal conflict recommended abolishing the death penalty, calling it "an affront to civilised society".

But the authorities resisted immediately abolishing capital punishment, and courts condemned 84 people to death between 2016 and 2020, according to the UN.

Koroma told AFP that the government would seek to amend the punishments for crimes that currently carry the death penalty, suggesting "life in prison" as an alternative.

If parliament passes the ban, Sierra Leone will become the latest African country to abolish the death penalty since Chad outlawed it in May.

According to Amnesty International, 108 countries had completely abolished the death penalty by the end of 2020, while 144 had abolished it in law or in practice.

Any reasonable government will prioritize the abandoned proj...
10 minutes ago