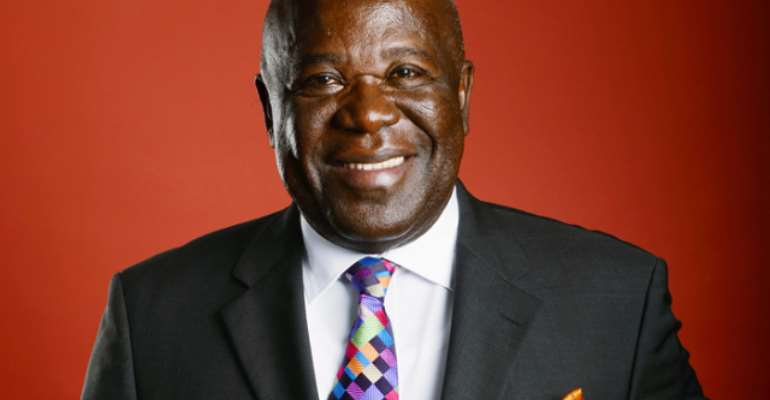 Last week, before a Rotary Club audience, the former Anglogold boss gave voice to what most Ghanaians have been thinking for some time.

He articulated some truths and called our nation to action.

He said our constitution lacks the needed separation of powers needed for balance between the branches.

He said corruption pervades all aspects of our governance system.

He said we are borrowing for consumption and debt servicing and wondered how those debts would be paid.

He said we are depleting our natural resources recklessly.

These truths that he stated were self-evident and incontrovertible.

In response, there were two reactions. The masses gave him a thumbs up by sending the speech recocheing around social media with their fingers. The praetorian punditocracy attempted to rebut and to nitpick and to attack the messenger-to no avail.

As Kweku Baako is inclined to say, Mr. Jonah's sppech must be analyzed for further particulars but it deserves commendation, not condemnation. The tone was respectful. The substance was important and the style was straightforward.

And the failings are bipartisan.

He went on to suggest 4 major changes.

Second, he called for steps to put Ghanaians at the commanding heights of our economy.

Third, he advocated for industrialization.

To anyone familiar with our journey since independence, these challenges are not new. Indeed, Sir Jonah's speech was long on our ailments and WHAT TO DO and a bit thin on HOW TO FIX what is broken. Indeed, it can be argued that his list of the changes needed should have included the need to address public security, corruption and Healthcare.

Despite these omissions, Sir Jonah deserves credit for calling us out and contradicting the establishment mouthpieces determined to convince us that these are the best of times when that is far from the truth.

Mr. Jonah's speech deserves to be discussed, seriously by the President's cabinet, Parliament, our churches, our think-tanks and Universities and the editorial pages of our newspapers.

We should expand on his speech, discuss more fully what needs to be done and then guided by history-- our own and that of others who have succeeded including China, Singapore, Malaysia and others find a way forward.

I wish those Rotarians had spontaneously broken into "Yen Ara Yen Asase Ni" when he was done.

Let us do, my fellow Ghanaians, let us do.

While we can question Sam Jonah on his stewardship of Anglogold and how he wielded his long and unprecedented access to the corridors of power and how he contributed to the ills he chronicles, those are distractions.

Let us focus on the nationalistic and profound message rather than the messenger!

We can't continue to be naked, let's produce our own covid-1...
46 minutes ago