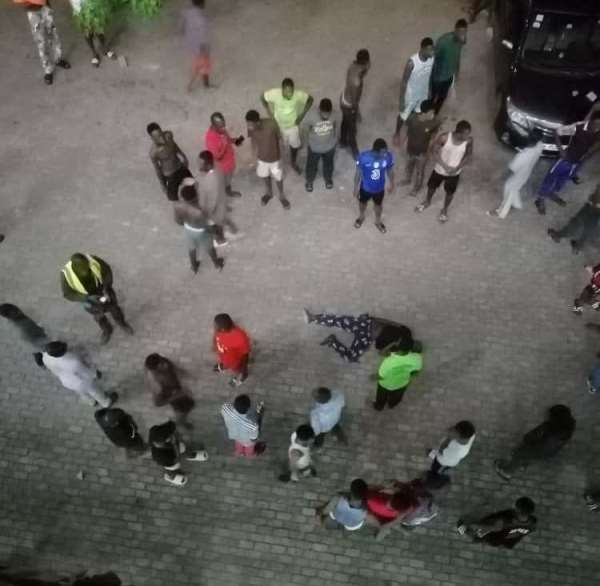 A young man is currently battling for his life at the Legon Hospital after falling from the fourth floor of the Mensah Sarbah Hall annex A at the University of Ghana, Legon.

The victim, identified as Wahab Abdulai, is a National Service person resident in the hall.

Reports suggest that Wahab fell out of his room after he slipped when attempting to move from his balcony to the balcony of the adjacent room.

He sustained severe injuries on the hands and legs.

It is unclear what accounted for the rather risky move.

Preparations are underway to transfer him to the Korle-Bu Teaching Hospital for further treatment.

Meanwhile, the Dean of Students at the University of Ghana, Prof. Godfred Alufar Bokpin, has called for calm among students as police investigate the matter.

“I will urge every student to be calm. There should be no panic because the situation is under control. The issue is being investigated, the police and hall authorities are all involved and trying to get to the bottom of it,” he said.

I never said Abu Jinapor is incompetent; Onua FM must apolog...
1 hour ago

COVID-19: We’re working to stop importation of cases through...
1 hour ago