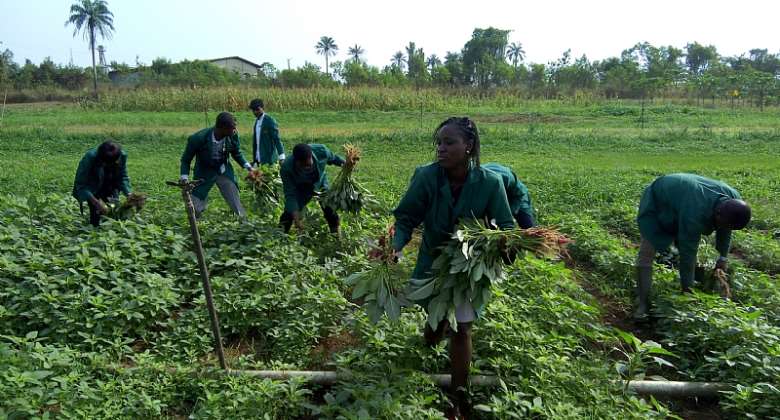 In order to raise the level of youth engagement in agribusiness, as part of measures to address the challenge of unemployment in Africa, it is imperative that governments across the continent tackle factors that are responsible for impeding youth involvement.

While there have been lots of controversial discourse as to whether the youth population swell across the African continent is a time-ticking bomb or a blessing in disguise, a study under the IFAD sponsored IITA-CARE project, explores the significant impact of agricultural training programs on youth agripreneurship performance, using the case of the Fadama GUYS program in Nigeria.

According to Dolapo Adeyanju, a young researcher under the CARE project, the Fadama GUYS program is one of the existing support programs in Nigeria, targeting youths between the ages of 18-35years, and it is specifically designed for unemployed youths.

The study which was carried out in Abia, Ekiti, and Kebbi states, to represent the South-western, South-eastern and North-western regions of the country identified major barriers that affect youth engagement in agripreneurship. The study further highlights these barriers, such as lack of access to finance, lack of information, high-interest rate, and outrageous collateral demanded by the financial institutions, lack of mentorship and follow-up after the training program.

“These barriers can be strategically addressed as a means to reduce youth unemployment, encourage the adoption of agripreneurship as a valuable means to create jobs, and also improve the economic independence of young people”, states Dolapo.

In the study, Dolapo recommends incorporating post-training mentorship programs into training program designs, which would entail coaching, and timely field visitations. Also, giving relevant guidance at the early stages for young people who are venturing into agribusiness was identified as a strategy that can lead to positive economic outcomes.

While agripreneurship is being increasingly adopted as a valuable means to create jobs, and improve the economic independence of young people in recent times by countries like Nigeria across Africa, studies have shown that the agricultural sector has the capacity to employ a good percentage of the youth population on the continent.

"As part of project objectives, IITA-CARE is sponsoring 80 young researchers across 10 countries in Africa studying youth engagement in agribusiness, and rural economic activities in Africa. The project seeks to enhance the understanding of the poverty reduction and employment impact, and the factors influencing youth engagement in agribusiness, and rural farm and non-farm economy," states Timilehin Osunde, the project Communication Officer.