Continuing quality Education in Ghana as basis for nation-building 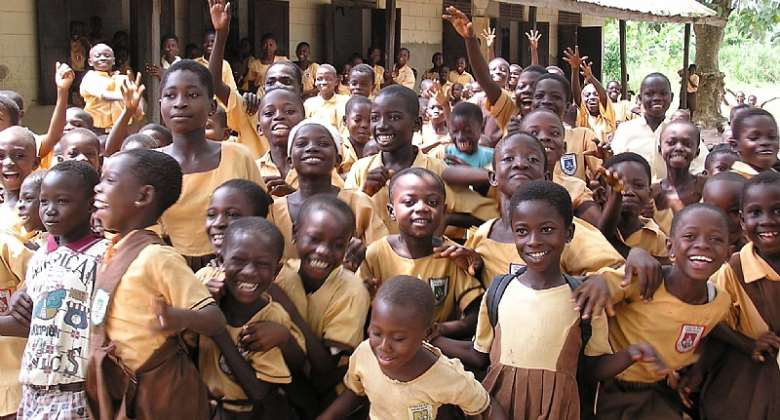 Educate a child the way he should go and he will not depart from it. Education, education, education is key to our development! We need stakeholders, GES, Ministry of Education, NCCE, NAGRAT, PTA, Peace Council, Christian Council, Catholic Bishops Conference, etc., to act for the sake of posterity.

I always go back to this Japanese training, call it education from kindergarten or early childhood education. Where all Japanese children are told the bare truth about the land on which they live, the dangers they face and how to overcome their fears and thrive as a nation. They are basically told:

"We have nothing in our country, we are surrounded by a wide ocean which makes it difficult to run anywhere beyond where we live. We have terrible earthquakes every year, we face the constant risk of Tsunami, seventy percentage of our land area is mountainous and sixty percent is forest which leaves barely thirty percent of habitable and farmland. Among the uninhabitable places includes some of Japan's 8,625 islands. We do not have a single mineral resource."

There are additional subtle instances that is perculiar only to Japan and will not form part of this discussion hereof. Since it is not of benefit to our situation.

Since all these factors are against us, the children are told, but as a people we must survive. We must be truthful at all times, be honest and not take what our neighbour has without their consent. We have to share what we have equitable but respect and improve on our culture and language as one people.

So at the early childhood education stage the survival mechanism of the Japanese kid sets in.

Then the child asks, "otoosan and okasan;" father and mother, what do we do?

The parents as well as teachers tell the children the following at home and in schools respectively. If the American or others produce one car, we've got to find a way to buy that car 'either through fishing, farming, all other means, etc.'

We will dismantle that car and produce two cars from that, sell one back to them or somebody and keep one.

So from a resource deficient country they changed the mindset from childhood. Each one is his brother's keeper, nobody will live beyond his means or lord it over everybody.

That is exactly what happened in Japan and continue to happen till this day. If we do not know I am saying it once more.

That is why nobody uses the following privately; a Highlander, 4Runner, Sequoia, Sedona, V8, luxury cars (used as Taxi). As we all know it is the country that produces such gas guzzler cars. But there are more of such high capacity cars pee capita in Ghana or Africa than there may be in Japan

Most Japanese people sleep on "tatami" (straw mat) floor rooms with futon, they sit on "zabuton," warm their body from under a "kotatsu" to keep warm in winter and bathe in "ofuro."

The Japanese emphasize "zero-defect" in all manufacturing, industry, engineering, construction, infrastructure, etc. All of these through tailored and proper education in management, innovation, being environmentally conscious and zero tolerance for bribery, corruption and "gifting" culture the way we known it in Ghana.

The Japanese use all forms of public transportation and privately what is called "K-jidosha" or compact energy saving vehicles of all sorts, from car makers like Toyota, Nissan, Suzuki, Mitsubishi, Subaru, Daihatsu, etc., all together form the "zaibatsu."

Another thing that Japan did, that most researchers have not taken notice of is that prices of basic goods for livelihood did not change for some five decades. And people do not pay for water outside the metropolitan cities and prefectural towns.

Remember all these happened after the WWII when the Japanese were re-strategizing their country. No wonder the country witnessed rapid growth and became the second richest country until up to 2011 when China overtook Japan in the second place.

Many Asian countries, like the Asian Tigers; Hong Kong, Singapore, South Korea, Taiwan, followed by others like United Arab Emirates, Thailand and modern day China have learned from the Japanese experience of being self sufficient.

It is about time Ghana fashion out its own path with the wisdom of our ancestors just like the Japanese did. Likewise many Asian countries have done and most recently Indonesia and even Myanmar (until the ongoing coup d'etat) are doing what Japan did.

Disclaimer: The views expressed in the article is first-hand opinion of the author who lived in Japan for many years and does not represent the position of the publisher.