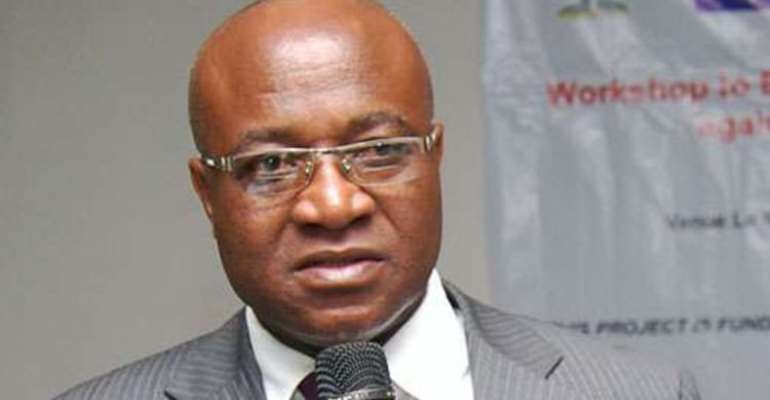 A New Patriotic Party (NPP) group calling itself the Concerned Northern Grassroots of NPP wants Hon. Osei Kyei-Mensah-Bonsu to be called to order before he does more harm to the party following his none-Akan comments.

The Majority Leader in Parliament in an interview with Joy FM earlier this week stressed that it would be good for the ruling government party to present a non-Akan person as flagbearer for the next general election.

The comments did not go down well with a lot of people including party members. The Concerned Northern Grassroots of NPP says they deem it expedient and highly imperative as they condemn the utterances.

Accusing Hon. Osei Kyei-Mensah-Bonsu of chasing his Vice Presidential dreams with those comments, the group insists that he should be cautious in order not to play into the trap of the National Democratic Congress (NDC).

“Of course, we are not the least oblivious to his Vice Presidential aspirations and what he seeks to selfishly achieve even at the expense of the party's collective interest. That is why we need to call him to order before he does the party more harm than he had already done it in Parliament.

“He should not allow his personal aspirations get him to play into the propaganda trap of the main Opposition that seeks to dictate to us who should lead our great party in the 2024 elections,” part of a press release from the group reads.

The Concerned Northern Grassroots believes that what the NPP needs is a candidate that is most marketable across the board with the highest potential of winning the 2024 elections to break the eight-year jinx.

Find the full press release below:

Good morning ladies and gentlemen of the media. We the Concerned Northern Grassroots of the NPP have invited you here to today, 8th April,2021 to voice out our displeasure towards the selfish and unguarded statement the majority leader( HON. OSEI KYEI MENSAH BONSU) of our great party made in an interview he granted joynews some few days ago.

We deem it expedient and highly imperative to strongly condemn the recent unfortunate statement the Majority Leader in Parliament, Hon Osei Kyei-Mensah-Bonsu carelessly made in an interview he granted Joy FM about the future of the party relative to our 2023 primaries.

It has been reported without his denial that the Minister of Parliamentary Affairs who happens to be the Fifth Akan leading the Party in Parliament has openly declared that the NPP must, as a matter of necessity, choose a non-Akan candidate in the 2023 primaries, because, not doing so, according to him, will solidify the thoughtless label he subscribes to that the party is an Akan party and that may affect us in the 2024 elections.

This, we find very worrying because all sophisticated politicians, party members and citizens know very well that a lot of variables play in a dynamic political marketing context to determine the most favorable Candidate to win an election.

Of course, we are not the least oblivious to his Vice Presidential aspirations and what he seeks to selfishly achieve even at the expense of the party's collective interest. That is why we need to call him to order before he does the party more harm than he had already done it in Parliament.

It is very important for party functionaries like Osei Kyei-Mensah-Bonsu and his likes to know that even though the NPP calls itself Danquah-Busia-Dombo tradition, we all are mindful of the fact that these three blocks do not adequately represent the NPP.

Moreover, Akan cannot be restricted to Asante and Akyem. Among others Brong, Fantse, Kwehus and related tribes are all Akans. The NPP also has Ga Adangbes, Ewes and others who have never been elected as Vice Presidents before unlike some of our people from the Northern and Upper Regions. If those people too thoughtlessly said the Vice President's position is not for Northern, Upper East and Upper West indigenes how could we have had two successive Vice Presidents coming from those areas?

So, the Danquah-Busia-Dombo tradition does not necessarily discount the relevance of the contributions of the Oheneba Kow Richardsons, Quaye Mensahs, Anum Yemos, the Obetsebi-Lampteys, the Atoh Kwashies, the Kojo Ayekes, the SG Antohs and many others from other parts of the country that sustained the tradition throughout history.

Informed party leaders therefore cannot talk as if the party is dominated by one group. What about the many other groups that have also contributed since time immemorial? Why should an Akyem or Asante becoming a president deny a Fantse, a Brong or a Kwehu who is also an Akan from becoming a President? It just does not make sense.

What we need is a candidate that is most marketable across the board with the highest potential of winning the 2024 elections to break the eight year jinx. This is why we find his statement very unfortunate to say the least. If Akan domination of the party is a problem to the Minister of Parliamentary Affairs why did he not leave his post in Parliament for a non-Akan since he is the 5th Akan to successively lead the party in Parliament?

He should not allow his personal aspirations get him play into the propaganda trap of the main Opposition that seeks to dictate to us who should lead our great party in the 2024 elections.

As a National Executive Committee member, the honorable Osei Kyei-Mensah-Bonsu should have known better that his statement contravenes our party’s constitution.

Is it not public knowledge that the National Executive Committee (NEC) led by the Honorable Freddy Blay recently cautioned party faithful against expressing interest in the presidential primaries and rather focus their energies in helping the president achieve the 2020 campaign promises. Is the honorable Osei Kyei-Mensah-Bonsu not a member of the national executive committee? Is he not a member of the national Steering committee?

Is there any constitutional instrument either from the nation or party constitution which states that our party leadership should be based on ethnicity.

Is he above the directive given by the party?

If he is not above those directives by the National Executive Committee of which he is a member, then he should resign as our leader of the August house for showing bad fate and setting a very bad precedence.

On this note, we would call on all party members to desist from playing into the hands of our opponents carelessly. We have successfully jumped greater hurdles in the past. What is ahead is not insurmountable. We shall overcome like we did before.

So, let us focus and help the President deliver our collective promises to the good people of Ghana first and another term shall be added unto us with a highly attractive and marketable candidate the people can trust.

Stiffer sanctions needed to punish persons who engage in tax...
29 minutes ago