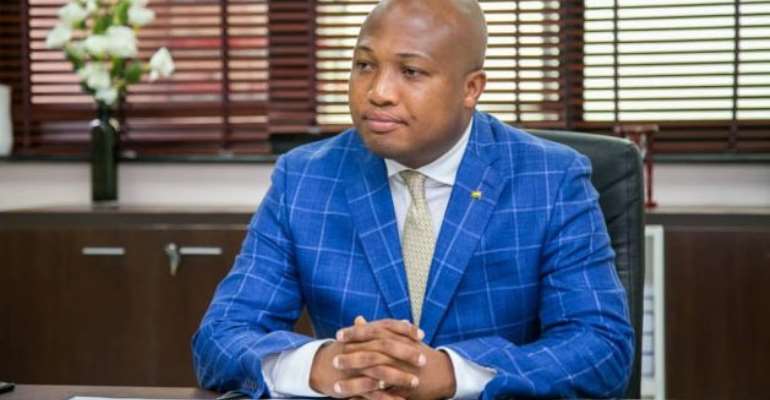 I rarely discuss issues concerning those under the eagle-headed Umbrella because I’m one who believes in Agya Atta’s ‘Dzi wo fie asem’ theory. But today is one of the rare occasions.

Much as I do not wish to ever see their return to the presidential throne, one cannot deny the fact that the country needs a very strong Zu-za in the House of Honourables to keep the Osono government on its toes. That is my only motivation for discussing issues happening in the camp of the Umbrella.

We woke up last Wednesday, March 31, 2021, to be greeted by the news that the Member of Parliament (MP) for North Tongu, Hon. Samuel Okudzeto Ablakwa, had resigned from Parliament's Appointments Committee. Ablakwa attributed his resignation to ‘personal reasons and principles’, but we know better. For the rat cannot be seen running unless it is either being chased or it is chasing a prey.

Even a political neophyte knows his resignation was necessitated by the fierce criticism against the Minority caucus on the committee following the consensus approval of the Finance Minister-designate, Hon. Ken Ofori-Atta. The heat seemed too hot for him to handle so he decided to play the holier-than-thou card to appease his party’s grassroots.

As was expected, some have swallowed the bait hook, line and sinker. Notable among them is the Volta Regional leadership of the Umbrella.

It said the decision to resign “has resonated with the party's grassroots and the overwhelming majority of Zu-za members in the region and beyond”. It has thus urged other members of the Minority to use Ablakwa's resignation to cause “necessary change in direction” of the party in Parliament.

Le voilà! To wit, “There it is!” The obese cat has finally been let out of the bag. The whole brouhaha about the Ablakwa resignation is to undermine Hon. Haruna Iddrisu’s leadership of the Minority caucus.

Indeed, we did not see any protestations from him during the two-day vetting, which was telecast live on television and social media. If anything at all, we all saw how his jaundiced question on Databank was answered comprehensively by the nominee. So why is he now conveniently washing his hands off the matter?

It is worth noting that the likes of Hon. Rockson Dafeamekpor, Zu-za MP for South Dayi and Hon. Murtala Mohammed, MP for Tamale Central, are on the same page with me. They argue that all the 13 Minority members on the committee, including Ablakwa, cannot escape blame; and they caution that Hon. Haruna Iddrisu, Hon. James Klutse Avedzi and Hon. Muntaka Mubarak remain their most potent trio against Osono’s leadership in Parliament. Hon. Dafeamekpor further avers that to even shift them internally would be damaging to the formation, let alone to replace any.

I’m not a member of Zu-za and cannot claim to have any influence in that party. But trust me when I say it would be foolhardiness on their part if they tried changing the party’s leadership in Parliament. That singular action may become the catalyst to speed up the growing disenchantment of the party up North. And that could mean only one thing – DISASTER!

The Ogwanfunu loyalists may pretend not to be aware; but the undeniable fact is that Haruna is a very respected character and one of Zu-za’s strong pillars in the North. Unseating him as Minority Leader may spell doom for the party.

I’ve spoken my mind, but I wonder if those infected with the dead-goat syndrome would listen. For now, all we can do is wait patiently and see how the drama unfolds!