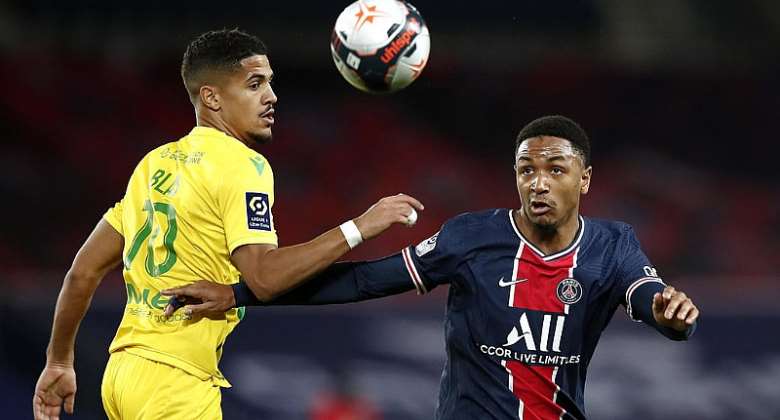 Bosses of the top French professional clubs have joined together to stop their players leaving Europe to feature in qualifiers for the 2022 Africa Cup of Nations because they will have to undergo a week's quarantine when they come back.

The last two qualifiers are scheduled between 24 and 30 March for the tournament in Cameroon next January.

However, the presidents of the 40 sides in Ligue 1 and League 2 have opted to play hardball.

They say they will make use of a rule from world football's governing body Fifa which allows clubs to prevent their stars from going to their national teams if the anti-coronavirus quarantine period on their return is more than five days.

Bar
“In the absence of a seven-day exemption for foreign players made available to their national team and in view of the time limits imposed by international regulations, Ligue 1 and Ligue 2 clubs have unanimously decided to apply the Fifa circular of 5 February 2021,” said a statement from the Ligue de Football Professionnel - which runs the top two divisions in France.

On Thursday night, the French players' union, UNFP, called on the French government to relax the quarantine because internationals from Euroean countries do not have to undergo the restrictions.

“The UNFP shares the legitimate incomprehension of these international footballers called to play matches outside the EU,” it said.

“It understands their distress and shares their anger. These decisions show a discrimination that the French state cannot continue to bear and which it must get rid of as soon as possible.

"Beyond the values of equality, on which the very foundations of the Republic are based, it is also a question of fairness in competitions.”

South American football chiefs postponed their qualifiers for the 2022 World Cup in Qatar to avoid a similar meltdown.

Games
However, the Confederation of African Football, which organises the Africa Cup of Nations, says it will go ahead with the games for the tournament which should have taken place at the start of 2021 but was postponed due to the coronavirus pandemic.

The Paris Saint-Germain defender Abdou Diallo, who on Wednesday declared he would play for the Senegal senior squad despite representing France at junior and under-21 level, said he was proud to have received his first call-up.

If he and PSG teammate Idrissa Gueye travel for the Group I games against Congo and Eswatini, they will return to France on 31 March or 1 April and will, under current regulations, not be eligible for the crucial Ligue 1 game against Lille at the Parc des Princes on 3 April.

Senegal, who lost the 2019 final to Algeria, have qualified for the 2022 tournament along with Algeria.

The 25-year-old, who has scored 10 goals in his side's push for their first Ligue 1 title since 2000, highlighted on social media the suggestion of the Rennes boss Bruno Genesio who said that the 31st round of games after the international break should be postponed.

"It could have solved many problems," Genesio said. "I put myself in their shoes, it's difficult to be torn between the club and country.

"I know that it is certainly difficult and a disappointment but it doesn't seem possible to let them go by accepting seven days of isolation and that three, four, five or more players for some clubs miss the championship match after the break."

Genesio's suggestion is unlikely to be heeded as league organisers would have to cram in eight matches before the scheduled end of the top flight on 23 May.

Police launch investigations into murder of Tweneboah Kodua ...
25 minutes ago