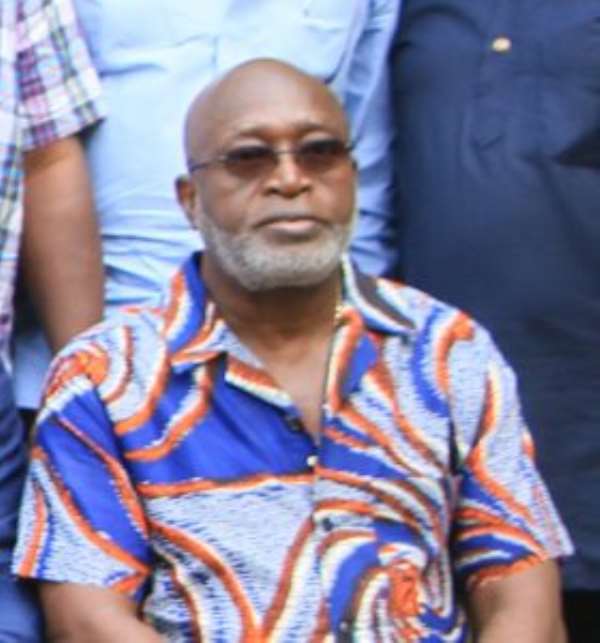 It is with a very heavy heart that I pay tribute to a great friend and in many respects my senior brother, Victor Nicholas Ohene Kwaku Newman, OKwaku as I used to call him affectionately.

It all started on a sunny afternoon during the latter part of 1989, when as a young Civil Engineer working with the Ghana Highway Authority (GHA), I was requested by Mr. Kwadwo Baafi, a senior Quantity Surveyor at the then AESC (Both GHA and AESC used to share the Hall of Technology as head offices) to accompany Frank Okyere who had recently returned from UK to run his father’s firm, Oyoko Contractors, to evaluate ongoing rehabilitation works at the Nkrumah Flats in Latebiokorshie.

On our way back from the assignment, Frank (now Ghana’s Ambassador to Japan) drove us into a house at Awudome near the Cemetry to see someone he called a childhood friend. We were met by a calm-mannered man of gentle demeanor who ushered us to the dining table. We struck a chord the very first time we met as he introduced himself to me as VO. The rest they say is History. The details of our brotherly relation will need a whole book to complete.

However, it’s noteworthy to recall that Victor’s prowess as a silent backroom operative was profoundly responsible for two landmark events in the teething stages of the then young democracy. First, Radio Eye smashed the glass ceiling and paved the way for the plethora of independent broadcasting stations that now dominate the media landscape and secondly, Kumepreko, the mammoth demonstration in Accra that shook the very foundation of the Republic.

Victor was a man of few words, resolute, and firm in his beliefs. His aversion for material things left a lasting impression on my life. The famous Grey White Beard, the love of Jazz, Club Beer and occasionally the puff of a Cuban Cigar.

Even though he was my senior by some distance we became the closest of buddies, nicely tucked away for hours in his room at the Ghanexim office, adjacent to the CPP Headquarters in Asylum Down. That became the engine room where strategic thinking sessions were conducted with the likes of Alhaji Issaka Inusah, campaign manager, Brigadier Nunoo Mensah, Major Courage Quashigah and myself as we planned for the 1996 General Elections.

After the 1996 elections, was the famous push for Sunyani 1998, the details of which will be exhaustively treated in my impending memoirs. Nevertheless, from the Launch of the Akufo-Addo Project at Osu Ebenezer Presby Hall, through Bawku that morning at Imoro Ayarna’s house, when he burst into uncontrolled laughter following the expressions of Aspirant Akufo-Addo “Guys! Don’t Even Try” as we headed to the restroom; to the skirmishes we endured at dawn at the Sunyani NPP Congress with Mocktar Bamba, Alhaji COP and Efo Tommy. Victor and I went through many memorable experiences together.

Ohene was always available to me emotionally and spiritually in the heady days of the early nineties and especially during my PRESS CONFERENCES of 1999 when only MEN dared to rear their heads.

VO I have you in my heart, but more importantly God has you in his HANDS. May the Almighty God grant you peaceful eternal rest.

Take me to court, I will get the court to also overturn the ...
25 minutes ago

We’ve revamped TVET education in Ghana than any government –...
25 minutes ago