After the Horrors of COVID-19, Next Stop: Ebola 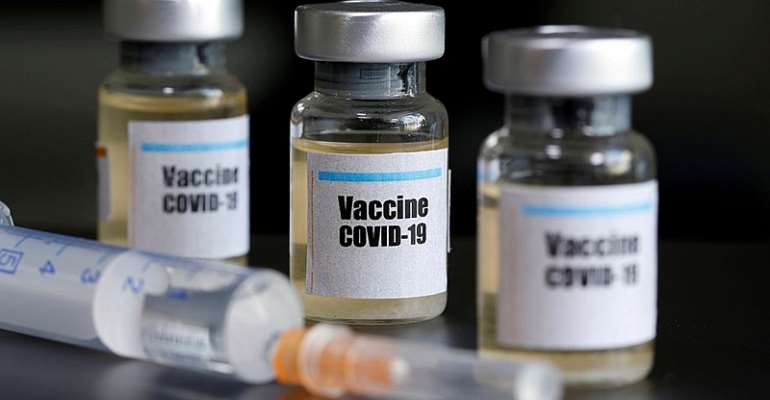 Ebola virus and its destructive effects were felt long before coronavirus reared its ugly thorny head and took the world by storm. The Ebola virus, first discovered in 1976 near the River Ebola in the then Zaire, first had its major outbreak in the rest of Africa between 2014 and 2016. Ghana was not exempted.

Before COVID-19, Ebola was the largest and most destructive viral disease discovered. The Democratic Republic of Congo recorded about 25,000 Ebola patients within a short time and many deaths were recorded. Ghana had a fair share of Ebola but the government acted swiftly and set apart a special hospital mainly for Ebola patients at Agoro ye Sum in the Ahafo region.

Gambia, Liberia and Sierra Leone also had serious Ebola cases. Ebola virus disease (EVD) is a rare and deadly disease in human and nonhuman primates. The viruses that cause EVD are mostly located in Sub Saharan Africa. A person can be infected through direct contact with infected animals like bats and other animals that provide what we call bush meat.

The World Health Organization (WHO).after a strenuous and careful research arrived at a conclusion with an announcement to the world that Ebola virus will never repeat itself in Africa again. What they emphatically proclaimed to Africa and the world has been defeated.

On the 14th of February 2021, the authorities in Guinea officially declared an outbreak of Ebola virus. Cameroon, DR Congo, Ghana and many countries in Africa have had their share of the Ebola virus. Since Ebola mainly affects Africans, the prospect of researching for vaccine to fight the Ebola virus is very bleak.

Cameroon is now leading in total number of Ebola cases. As a matter of urgency, the authorities in Cameroun began an epidemiological surveillance work, but they still have not reached any conclusion about what has brought about this new trend of Ebola.

There are key basic things that need to be done rapidly and very well in Cameroun and those countries in Africa that have registered Ebola cases. To abate the spread of Ebola virus, some of the measures that apply to Coronavirus can also apply to Ebola virus. Contact tracing must be vigorously pursued. That is identifying all people who have been in contact with people who have Ebola. This will enable them to monitor their health and stop that chain of transmission. Secondly, the countries must have hospitals with the right set-up for isolating and treating Ebola patients. Thirdly the authorities must ensure that there are safe funeral practices for anyone who dies of Ebola. Lastly, mass education must be put in place. Students and the entire public must be told how dangerous Ebola is, and the steps to take to stay protected.

There are several important facts about this deadly Ebola virus which is rearing its head again. All the affected countries, especially Democratic Republic of Congo were relieved when WHO announced the end of Ebola. The sickness re-surfaced in 2018 - less than a week after the announcement. It is feared that if care and precaution are not taken, the world will experience the second largest and worst outbreak of Ebola worldwide. 1,800 people died yearly during the past few years and the outbreak is likely to claim more deaths in 2021.

It is important to appreciate what exactly Ebola is and what can bring it about. Below are certain facts that we may not know about this deadly virus: This epidemic is an infectious disease caused by Ebola virus (EBOV). The virus can affect both humans and animals. The virus is rare but very severe and potentially lethal. About half of those affected do not survive.

The world must not remain passive and inactive, and wait only to compare the total number of Ebola deaths from 2014 to 2016 and the new Ebola in 2021. Research has shown that the virus is transmitted from animal to human but it is still not clear which animals carry the virus. However, Ghanaian researchers have concluded that bush meat and bats carry the virus. Ebola starts with symptoms of severe flu or malaria, diarrhoea, fatigue, vomiting, muscle pain and headache.

It is important that researchers and doctors in the affected countries in Africa meet regularly to compare notes and offer effective medical and healing suggestions with a view to finding effective solutions towards death reduction and possible disappearance of the disease.