Speak against the injustice done to Domelevo – NDC organizer to Clergy, CSOs 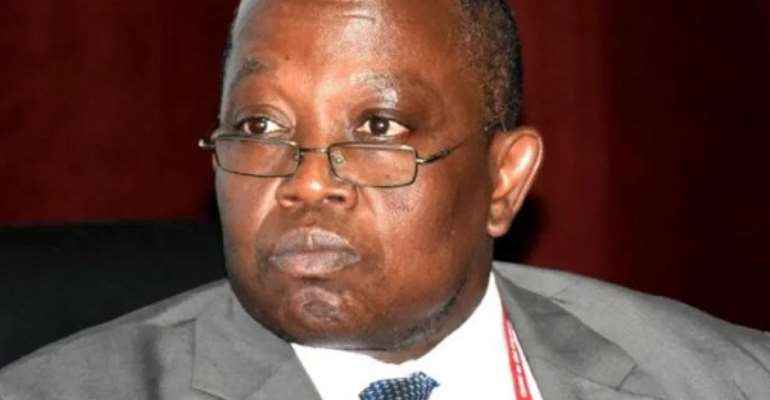 The Deputy Youth Organizer of the National Democratic Congress (NDC) in Kintampo South, Bagbin Mpondan has called on the media, clergy, and Civil Society Organizations (CSOs) to speak against what he says is an injustice being done to Auditor-General, Daniel Yao Domelevo.

The Auditor General resumed work today after his accumulated leave only to be met with another allegation.

The allegation which has been described by OneGhana Movement as a witch-hunt surprisingly accuses Daniel Yao Domelevo of not being a Ghanaian even though he has served as a public officer for years.

Appalled by the allegations, Bagbin Mpondan has noted that the Auditor-General is been treated with a sad case of the Danquah-Busia Tradition and the Togolese agenda.

Disturbed by the ongoing issue, the NDC Deputy Youth Organizer for Kintampo South is calling on CSO’s and other institutions to speak out for Mr. Domelevo.

“The Media, Clergy and Civil Society Organizations are all quiet while this injustice is being done to the Auditor General for simply fighting Corruption.

“The time to speak up is now because failure to call Nana Akuffo and the NPP government to order makes you accomplices in their Corrupt and wicked agenda against people they deem as their enemies,” part of a release from Mr. Bagbin Mpondan.

THE DANQUAH-BUSIA TRADITION AND THE TOGOLESE AGENDA, A SAD CASE OF DANIEL YAO DOMELOVO.

Wonders they say shall never end! We woke up today to the news that the Ghana Audit Board under the Leadership of Dr Duah Agyemang has declared that the Auditor General Daniel Yao Demelovo who was vilified and forced to proceed on leave by President Akuffo Addo and the NPP government for exposing Corruption in the Kroll and Associates contract involving the Former Senior Minister Nana Yaw Osafo Marfo and cronies in the NPP has been declared by the Chairman of the Audit Board Dr Duah Agyemang and Akuffo Addo as a TOGOLESE... what a strange world!.

Students of history will bear me out that even though we are scandalized and surprise at the turn of events in the Audit Service and the attempts to sabotage and bastardize the Auditor General it only reminds us of the History and track record of the Danquah-Busia tradition relative to how they have treated Voltarians, Non Akans and people of the Northern origins in general. It's sad that what started as a rumour and a joke is bearing bitter fruits.

The Danquah-Busia tradition has history of undermining and calling people outside their tradition Foreigners and Aliens. They did same to our First President of Blessed memory Osagyefo Dr Kwame Nkrumah, Dr Hilla Limann, Dr Edward Nasigri Mahama, late President Rawlings, the late Alhaji Aliu Mahama, President John Dramani Mahama, Martin A.B.K Amidu etc. Divide and rule is in the DNA of the UP tradition which they are only exhibiting. Like President Rawlings said in Cape Coast they have been in existence since the days of Nkrumah and only changes their colors so the NDC shouldn't mimic them. I wouldn't be too surprised if one day Alhaji Dr Mahamudu Bawumia is told that he is not a Ghanaian.

The UP tradition now NPP understands the Animal farm principle and uses it to perfection. This was amplified by the Ghana's High Commissioner to South Africa George Ayisi Boateng when he met TESCON students, a Youth wing of the NPP at KNUST and told them that they were more Ghanaians than other non NPP members and that preference will be given to them in terms of Job opportunities.

The Media, Clergy and Civil Society Organizations are all quiet while this injustice is being done to the Auditor General for simply fighting Corruption. The time to speak up is now because failure to call Nana Akuffo and the NPP government to order makes you accomplices in their Corrupt and wicked agenda against people they deem as their enemies.

One day like the Biblical Israelites we shall overcome all these evils in our society and make Ghana great and strong again.

A/R: Over 500 houses earmarked for demolition in Afigya Kwab...
59 minutes ago