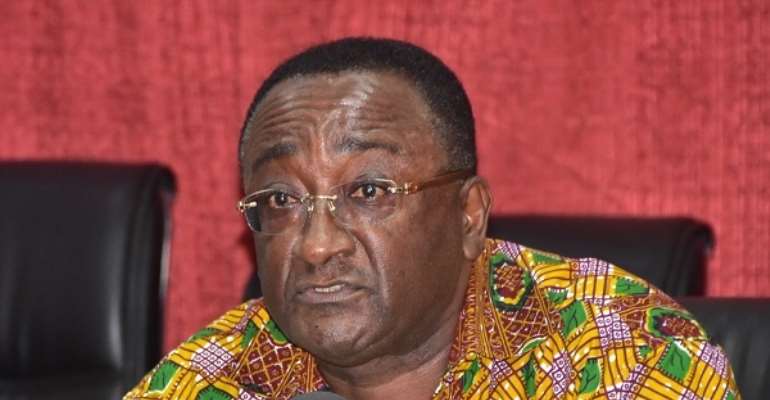 The National Farmers and Fishermen Award Winners Association (NFFAWAG), has appealed to Parliament’s Appointment Committee to expedite the process for the approval of the Minister-Designate for Food and Agriculture, Dr. Owusu Afriyie Akoto.

The association, in a press statement issued on Wednesday, March 3, 2021, proposed that the office of the Minister be accorded special prominence to commence full operations to ease policy implementation as the rainfall season draws close.

According to NFFAWAG, any further delays in the approval process for Minister-Designate who appeared before the Appointment Committee on February 25, 2021, can lead to a disruption in the nation's food security as well as farmer incomes for the year and beyond.

BELOW IS THE FULL STATEMENT

We issue this statement on behalf of the National Farmers and Fishermen Award Winners Association, Ghana (NFFAWAG) with representatives across all the regions of Ghana.

As citizens of Ghana we recognize the constitutional mandate of Parliament to vet for approval or otherwise, the President’s nominees for ministerial positions. Whilst recognizing and respecting this duty of Parliament on behalf of Ghanaians, we wish to also humbly appeal for expedited approval process given the importance of agriculture and Food security of our country.

It may be recalled that in spite of forward planning by Agricultural Policymakers which mitigated the impact of COVID 19 on the sector, the unreliable rainfall quantum and distribution had a very negative impact on farmer output and incomes.

Any further disruption therefore as a result of a prolonged approval process of the sector minister has the potential of further disrupting our food security and farmer incomes in 2021 and beyond.

For example, from a white maize sufficiency in 2020, there were some major gaps that manifested at the beginning of this year in terms of supplies and pricing of maize.

We therefore once again humbly appeal to our esteemed lawmakers that, whilst they are carrying out their duty to ensure that the right leadership is selected to head the ministry, they also consider the critical nature of the Agricultural Sector in order to ensure timely and continuous implementation of policies at this critical stage when the rainy season which will kick off our farming activity is imminent.

We hope and pray that this appeal would be considered by honourable lawmakers.