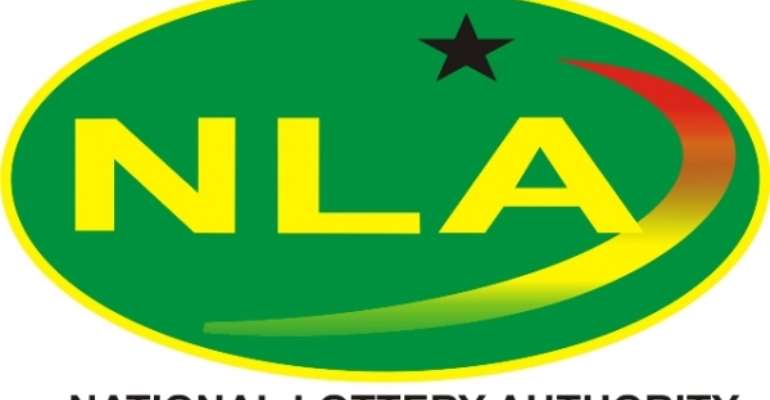 The National Labour Commission (NLC) has invited the National Lottery Authority (NLA) staff union and Director General Affairs at the Authority to find an amicable solution to some concerns raised by the angry staff members.

Workers of NLA earlier on Monday, March 1, 2021, withdrew their services to protest what they say is the continuous nationwide attack on them due to the failure of the Authority’s management to pay lottery winners.

They said the Authority had failed to pay winning draws from as far back as April 2020 resulting in attacks on the lives of staff of the authority in places like Tamale in the Northern Region. 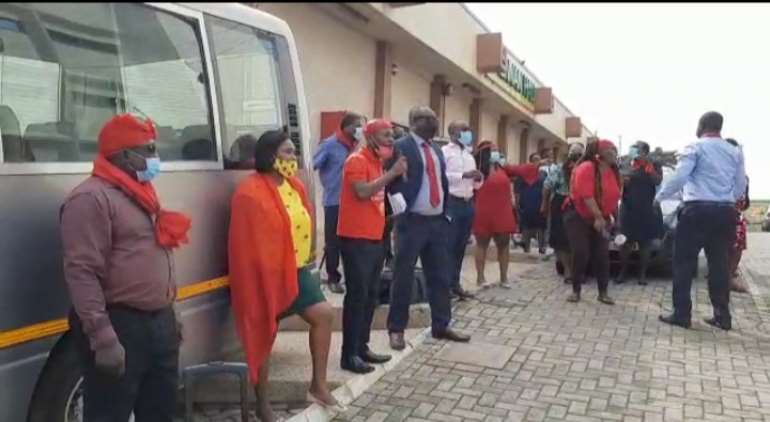 “Our lives are under threat. The Managing Director has refused to pay lotto wins. The winners of the lottery are attacking our colleagues all over the country. This protest is happening across the regions. We are not working today”, Chairman of the NLA staff union, Eric Tamakloe indicated.

In his media address, the Chairman also demanded the removal of the Managing Director of the Authority, Mr. Kofi Osei Ameyaw.

“We are withdrawing our services from NLA. What we are doing is not in contravention of the law. Mr. Ameyaw must go, and we want that to happen now. The President must ensure that. Enough is enough”.

The workers also say the poor management of the Authority has resulted in the inability to pay salaries for the month of February 2021. 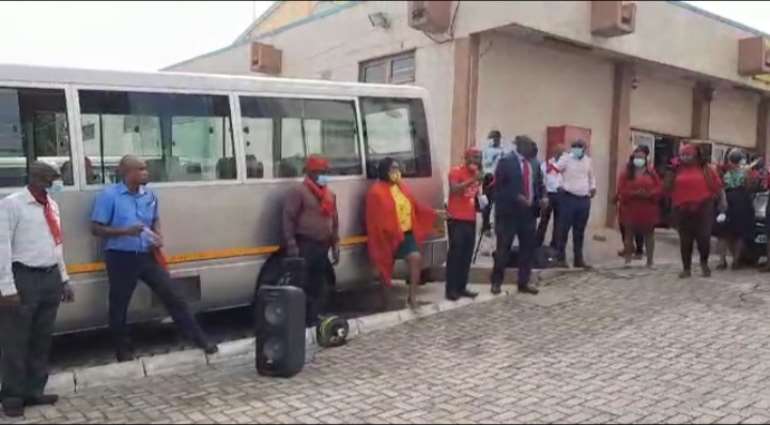