Bagbin is more an NPP Speaker than NDC – Former MCE 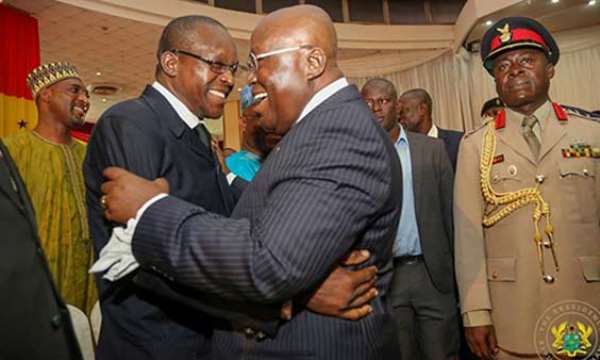 The member of the governing NPP’s communication team made the comment during a discussion about the performance of the various ministerial nominees who have been vetted by Parliament’s Appointments Committee and the fate that awaits them especially as either side of the house has 137 MPs.

Mr Aboagye told Eugene Bawelle on Class91.3FM’s current affairs programme ‘The Watchdog’ on Saturday, 27 February 2021 that the main opposition National Democratic Congress (NDC) appears to be making a mountain out of the fact that one of their own chairs proceedings in the house.

“They only use Parliament to try to make up for their deficiency in the presidential”, he said, noting: “As it stands now, on the face of the issue, the NPP has the majority in Parliament”.

Mr Aboagye added: “If we are going to work on perceptions and utterances and attitudes of people, then the NDC Speaker is more of an NPP Speaker than NDC”.

Explaining himself further, Mr Aboagye said: “Didn’t you hear ET Mensah’s recent interview and what he said about the treatment meted out to him and Bagbin and others?”

“Where was Bagbin in the scheme of all of this until he became Speaker? Haven’t you heard? And that is why I keep telling you that Bagbin being Speaker is more of an NPP than NDC”.

“You don’t think that if some NPP MPs had not gone into some cult with them [NDC], he [Bagbin] would’ve won [the Speaker race]?” he asked.

“So, you need to understand what’s happening, the dynamics”, quizzing: “Who told you that Bagbin is going to do the bidding of the NDC with all the treatment that has been meted out to him?”

“If we are to work on words and perceptions and posture, then Bagbin is more of an NPP Speaker than an NDC person”, Mr Aboagye stressed.

“Even the people he is seated in Parliament with, there are several of them that he had admonished in the past. The presidential candidate of the NDC [Mr Mahama], he had his own serious public issues with him. In fact, everybody in this country knows the animosity between the two of them”, Mr Aboagye added.