Jobless rise leaves nearly a third out of work in S.Africa 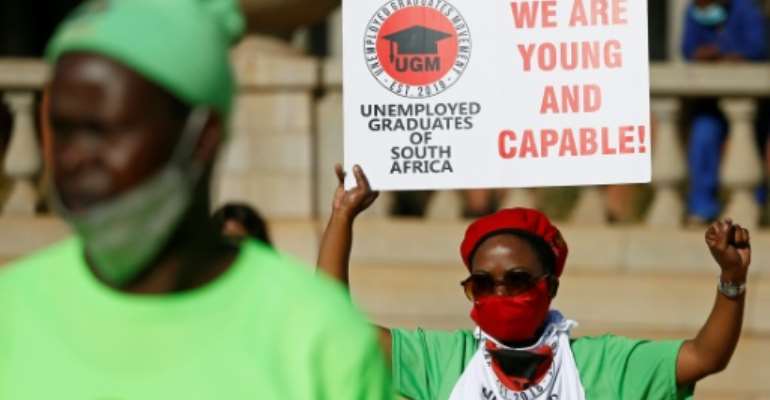 Coronavirus restrictions have battered South Africa's economy - nearly a third of the workforce is jobless. By Phill Magakoe (AFP)

South Africa's unemployment rate rose to a record 32.5 percent between October and December 2020, the government statistics agency said Tuesday, the highest since the start of records in 2008.

"The movement... resulted in a significant increase of 1.7 percentage points in the official unemployment rate to 32.5 percent," it added.

South Africa, the continent's most industrialised economy, was already in recession when coronavirus hit last March.

Months of rolling restrictions to stem the virus have stifled economic activity and bled tens of thousands of jobs.

The agency said that a benchmark of underlying joblessness, which is not included in the official unemployment rate, showed a slight fall.

An additional 235,000 people entered the category of so-called "discouraged work-seekers", an 8.7 percent increase, between the third and fourth quarters of 2020.

But the number of people jobless "for reasons other than discouragement" fell by 1.1 million, a 7.4-percent drop.

As a result, the "expanded" unemployment rate -- a category that includes people too discouraged to actively seek work -- fell by half a percentage point between the two quarters, standing at 42.6 percent at the end of 2020.