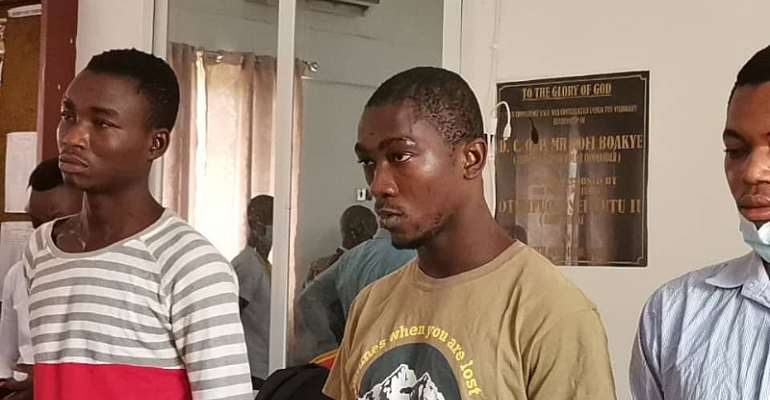 The Ashanti Regional Police Command have arrested five suspected armed robbers in connection to the robbery and killing of a police officer in the bullion van which was attacked at Adanse Fomena on January 19, 2021.

Addressing journalists on Monday February 22, 2021 at the Central Police Command, the police indicated that two of the suspects were also part of an attack that led to the death of an ambulance driver in the Eastern Region on fourth February 2021. 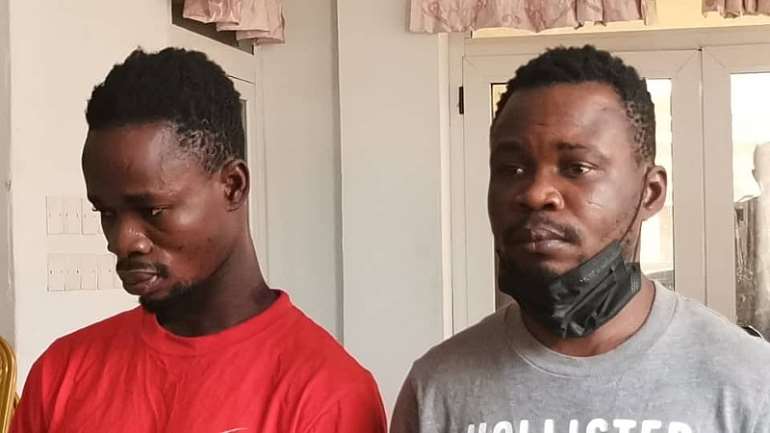 The Ashanti Reginal Police Commander COP Kwasi Mensah Duku who addressed the media said three cars, two motorbikes and an amount of Ghc53,934 were retrieved from the suspects.

He added that the suspects have admitted the committing the crime and are assisting police in investigations.

According to him, five suspects are also on the run.

Recounting the incident, COP Kwasi Mensah Duku said, a policeman who was on escort duty on the Adansi Fomena road in the Ashanti Region was killed by some highway armed robbers on Tuesday, January 19, 2021.

He noted that the men, numbering about 10, allegedly shot Lance Corporal Martin Babah during an attack of the bullion van he was escorting.

During the attack which occurred around 10:30 am on the section of the road between Obuasi and Adansi Asokwa Junction at the outskirts of Adansi Nyankumaso Community, the robbers reportedly made away with an amount of GH¢500,000 and an AK 47 assault rifle.

"Our investigation subsequently led to the arrest of these five suspects," he added.

Meanwhile, COP Kwasi Mensah Duku disclosed that the leader of the robbery syndicate John Appiah alias Omega who has been tagged as a trigger happy armed robber is also on the run.

He appealed to the public to help with information for his arrest.