Eyetarzan Should Be The Last Person To Lampoon Our Courts! 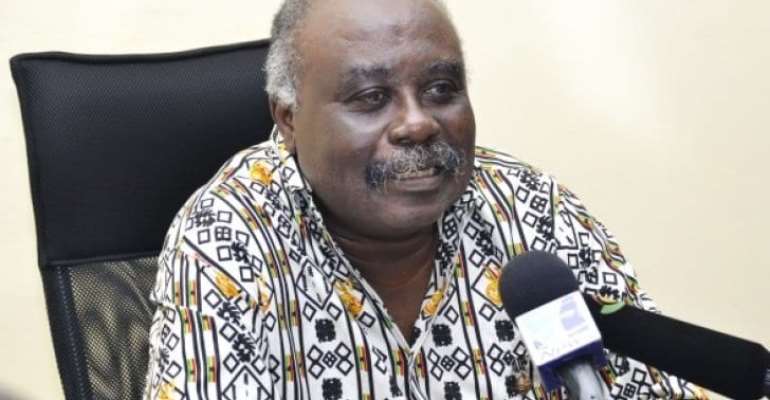 I had the occasion to eulogise Charles Wereko-Brobby, aka Eyetarzan Anokyenana, in this very column- something I rarely do. The article titled, 'Tarzan- An Unsung Hero', was written about a decade ago. Hindsight has taught me that I had written the piece earlier than I should.

Do I still value his contribution to Kwame Okro’s Homeland? Yes, I do; but I doubt if I still think he is an unsung hero. His actions after the publication have proven beyond doubt that he was a bitter man who was on a mission to destroy the Elephant. No wonder he was finally suspended by the party.

He has since gone on political retirement. But he comes out once in a while to throw shades at President Nana Dee- a man he hates so much.

Abusuapanin, many people under the Umbrella have attacked the Supreme Court (SC) for throwing out numerous frivolous applications by Lawyer Tsatsu Tsikata. Some so-called NGO’s have also sought to do same.

But many were shocked to see Eyetarzan too take that route on his Facebook wall. He was practically lampooning the Court for using technicalities to throw out Lawyer Tsatsu’s application.

Listen to him: “When the outcome becomes so monotonously predictable; reason, logic & rationality don’t matter. It’s all about the sophistry of moribund rules. #DISCRETIONVitiatesTRUTH.”

How he was tongue-lashed by many who responded to the post. Notable among them was one Gordon Asare-Bediako’s response: “Wofa Eyetarzan Anokyenana, are you aware a lot of Ghanaians still don’t understand why you were not thrown into jail after the [email protected] Commission? I still try to explain to people but they are hardly convinced. What I tell them is that the law is in the bossom of the Judges. Law is Law.”

Indeed, I remember the [email protected] fiasco so vividly as if it happened just yesterday. Despite the controversy which surrounded Eyetarzan’s exit from the Volta River Authority (VRA), he was given another appointment as the CEO of the now defunct [email protected] Secretariat.

The cacophony led the then opposition Umbrella to promise a forensic audit into the accounts of the Secretariat, should they come to power. True to their words, one of the first things they did when Zu-za assumed the leadership of this country in January 2009 was to form the [email protected] Commission to unearth the truth about the presumed rot. Eyetarzan and Kwadwo Mpiani were subsequently dragged to court. After months of legal wrangling, an Accra High Court, presided by Justice Samuel Kofi Marful-Sau, acquitted and discharged them on technical grounds.

At that time, Akoto Ampaw was Tarzan's lawyer and Mr. Mpiani had then lawyer Yoni Kulendi, currently a Supreme Court judge, defending him. Now COP Tiwaa Addo Danquah was the case investigator. I remember this very well.

The judges had said among other things that after setting up the [email protected] Commission of Enquiry and Tarzan and Mr. Mpiani voluntarily submitting themselves to be probed, it was wrong for the Attorney General to turn around to mount crimination prosecution against the two.

My gosh, how some of us leapt for joy when we heard the news that fateful Tuesday, August 10, 2010. The appeal Mrs. Betty Mould-Iddrisu, Attorney General and Minister for Justice, promised never saw the light of day.

Is it, therefore, not puzzling that a man who gained his freedom based on technicalities in a court of law will now turnaround and ridicule the same court for using technicalities in another case? Is he so blinded by his hatred for Nana Dee that he will criticise anything that favours the President?

Eyetarzan did not see anything wrong when Justice Marful-Sau, a member of the current SC panel sitting on the election petition, ruled in his favour on technical grounds, and not the merit of the [email protected] case. But he is today ridiculing the legal rules that gave him freedom.

Eyetarzan must be told in the face that not all believed in his innocence when the laws he now refers to as ‘moribund’ saved him from the claws of prison. Many still believe he looted from [email protected] and succeeded in sending the Elephant to opposition because of the bad press.

For sure, Eyetarzan should be the last person to mock our courts. I think he should rather be praising the court for its consistency.

Well, I have good news for Wofa Eyetarzan. Four years would soon come and the man he hates so much would be out of office. And Eyetarzan would also be free from bitterness. 'Jealousy go shame!'