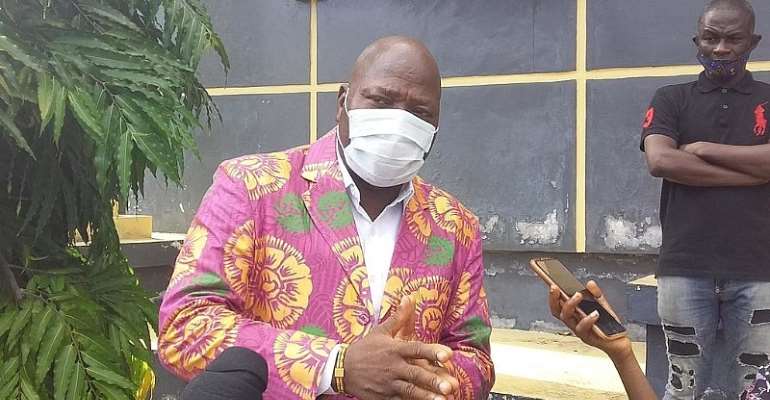 A Finnish court has started trying a Sierra Leonean accused of war crimes allegedly committed in Liberia between 2001 and 2002. In a first-of-its kind move, the court will temporarily relocate to Liberia for part of the trial.

Gibril Massaquoi had been living in exile in Finland for a decade. The charges associated with the alleged war crimes were brought against him in a Finnish court.

Due to the logistical difficulties involved in moving witnesses to Finland, especially following the outbreak of Covid-19, the court decided to temporarily relocate to Liberia.

Fifty-year-old Massaquoi, originally from Sierra Leone, stands accused of torture and rape of civilians, crimes allegedly committed in Liberia during his time as a commander of the Revolutionary United Front (RUF) between 2001 and 2002.

It is estimated that 250,000 people were murdered during the country's 14-year civil war.

The Finnish court will also temporarily relocate to Sierra Leone and Guinea to interview witnesses and visit the scene of the alleged crimes.

The prosecution and defense teams will arrive in Liberia on 15 February and the trial is expected to commence 22 February and will run over the period of 60 days.

About eighty witnesses will be heard — most of them ex-rebel fighters and some Liberians from remote villages where the alleged atrocities were committed by troops under Massaquoi's command.

According to activist Adama Dempster of the Civil society human rights advocacy platform of Liberia, the Liberian trial is a clear indication that war victims will one day get justice.

Currently, Liberians are divided about the establishment of a war crimes court, despite major pressure from the international community to prosecute wartime atrocities.

“All of those who committed atrocities in Liberia will pay for their deeds. There are so many war victims around. I feel very disappointed, I am downhearted because we shouldn't be having such people in society,” she says.

Like Yassah, Peal Nyenkan can only hope a war crimes court for Liberia can be established now.

Nyenkan says war victims will continue to live in trauma unless steps are taken to hold warlords and their financiers accountable.

Meanwhile, a Liberian lawmaker — Hanson Kiazol, who has called for the establishment of a War and Economic Crimes Court, says warlords should be remorseful for their roles in the bloody conflict and warned them against making any provocative statements.

The lawmaker's comment is in response to former warlord now Senator Prince Johnson's latest comments that a war crimes court will never be established in Liberia.

The former rebel general turned preacher told the congregation of Christ Chapel of Faith Ministry, a church he built and oversees, that the campaign for the establishment of a war crimes court in Liberia was a “fiasco”.

“Even if you arrest every one of them, trust me, nothing will come out of it! They are paper tigers! Some of their generals were 25-30 years now add 20 years to that that is almost 50 years so the generals are old. Let us not take them seriously,” he indicated.

While the majority are welcoming the move to set up a court, a conglomeration of Liberians under the banner—Liberia Peace and Reconciliation is skeptical as they fear the trial would undermine Liberia's peace and stability.

“A war crimes court was established in Sierra Leone, today former President Taylor is behind bars. What is the benefit to the war victims in terms of reparation?” asks Sam Walker, the group's head.

But activists maintain that the trial will give hope to the victims.

Liberia's Solicitor General Cllr. Sayma Syrenius Cephus told RFI via telephone in Monrovia that it is not true that the Finnish court will hold a trial in Liberia.

“There is no court transitioning to Liberia. What is being done is something like a deposition because there can be no foreign court that can fully be seated on Liberian soil to conduct trial,” he emphasised.

Cephus also said it was part of the mutual legal assistance (MLA) scheme which involves cooperation between different countries for the purpose of collecting and exchanging information, and not a full court trial.

“Under the MLA, we allow countries to come to Liberia and provide something that has to do with deposition and it is not assuming full court trial or a war crimes court coming to Liberia,” Cephus added.

Trial not open to the public

According to one witness, the trial will be open to only ten journalists who have been accredited by the International Human Rights Organisation and the venue will remain undisclosed for security reasons.

Each of the witness will be assigned a specific number in line with the United Kingdom's 1989 Law on World Crimes.

In September 2019, Liberia's President George Weah requested the legislature to advise and provide guidance to efforts leading towards the implementation of the Truth and Reconciliation Commission report, including the establishment of the Economic and War Crimes Court but no progress has been made as yet.

Any reasonable government will prioritize the abandoned proj...
15 minutes ago