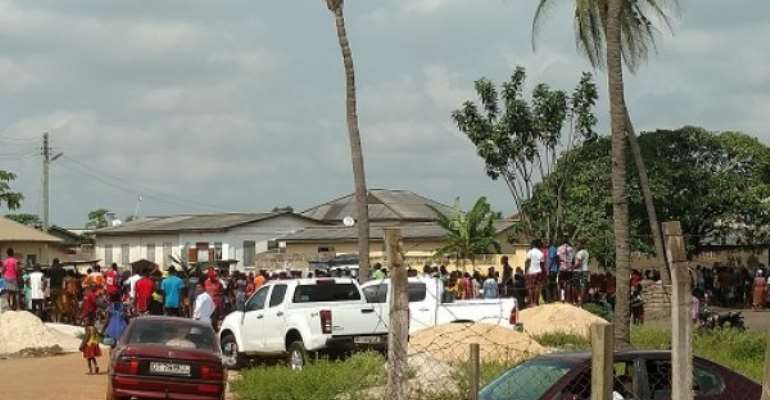 Angry residents of Suipe-Kpelikope, a farming community in the Akatsi South Municipality of Volta Region, have attacked and blocked some police officers, who were to effect an arrest.

Six officers were dispatched to the community to investigate a case, when the youth attacked them.

Briefing the Ghana News Agency (GNA) after the incidence, Chief Superintendent Joseph Atsu Dzineku, the Akatsi South Municipal Police Commander, said they received a complaint from the Social Welfare Department at Akatsi about a case it was investigating.

He said the case related to a fight by relatives on the custody of a child, which Mr Emmanuel Dorkordi, the Akatsi South Director of Social Welfare was seeking police assistance after several invitations by the feuding parties proved futile.

Mr Dzineku said on Thursday, at about 1900 hours, his men, including a detective PW Sergeant, Patience Dzihlornu from the Domestic Violence and Victim Support Unit (DOVVSU) who was in charge of the team, went to the area to enquire about why the parties failed to honour the invitation.

He said when the police officers arrived, the angry residents, including the youths wielding offensive implements such as cutlasses, stones and other objects surrounded the police vehicle and threatened to kill the officers if they failed to leave.

Mr Dzineku said his men tried to calm tensions by explaining issues to them but none of them listened.

"One officer was physically hit by blows around the chest and another officer's dress was held at the neck level," Mr Dzineku said.

He said no arrest has been effected.

Mr Dzineku, however, said the community members, who exhibited such violent behaviour, would be dealt with according to the law.

Mr Johnson Agbemazie, Assembly Member for the area, on his part, said the perpetrators of the act must be brought to book.

Don’t blame your defeat in court on Jean Mensa – Ayikoi Otoo...
52 minutes ago