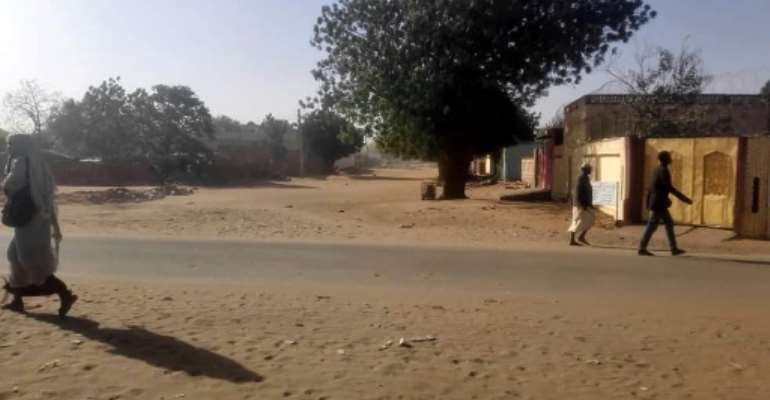 A picture taken on January 20, 2020 shows the area where violence erupted between Arab nomads and members of the non-Arab Massalit ethnic group in El Geneina, the capital of West Darfur. By - (AFP)

The UN Security Council will hold an emergency meeting Thursday on ethnic fighting that has left at least 155 people dead in the Darfur region of Sudan, diplomats said.

The meeting will be held behind closed doors and has been requested by three non-permanent members of the council -- Norway, Ireland and Estonia -- and three permanent members -- the US, Britain and France, the diplomats said.

The transitional government in the capital Khartoum has deployed military units to the arid western region, where the recent end of a joint United Nation and African Union peacekeeping mission had raised fears of more bloodshed.

It also follows the signing of a peace agreement between the government and multiple rebel forces in October, hoped to end years of war that left the region bitterly divided and awash with weapons.