Answering the big question: Why is Hon. Carlos Ahenkorah the target? 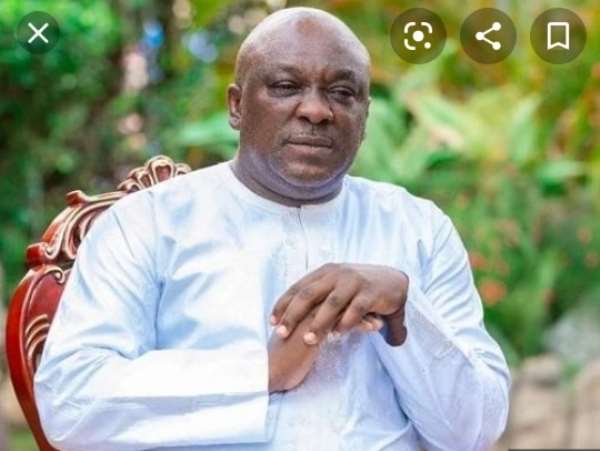 Processes leading to the investiture of the 8th Parliament on the eve of 6th January and morning of 7th January 2021, ie. voting in accordance with Article 95 & 96 to elect a Speaker of the House and two other Deputies were clouded or purportedly clouded with happenings best described as dishonorable and unfit of the status of the persons manning the chamber of parliament. The presence of the Dual Citizen injuncted Assin North MP Elect, Hon. James Quayson in the chamber as against Article 105 of the 1992 Constitution of the Republic of Ghana became the primary bone for contention.

Many have condemned the happenings with others calling for the members of parliament (elect then) who so engaged in such unpleasant acts to face the privileges committee of the House. No matter how convincing the arguments to drag these MPs to the privileges committee may be, the fact remains one and true that none of those persons involved in the condemnable acts was an MP duly sworn in as such. They were only but elected representatives waiting to be given the appropriate power, authority and mandate as members of parliament.

Not duly sworn in, they were just "ordinary citizens" so could not be treated in full capacity of their honorable status as parliamentarians. Notwithstanding, their actions and inactions which to a larger extent dented the integrity of Ghana's Parliament should not be overlooked. Every right thinking Ghanaian must condemn their actions without fear, favor or regret.

Having said the above, it is far surprising that a section of Ghanaians have chosen to be selective in their condemnation, whilst calling for the resignation, impeachment or punishment of Hon. Carlos Kingsley Ahenkorah, MP for Tema West Constituency. Their call, in all honesty, is unhealthy, bias, despotic and uncalled for. But the question remains; Why Is Hon. Carlos Ahenkorah The Target?

Flashback evidence into the activities that marred the integrity of Ghana's Parliament on that unfaithful night through to the morning of 7th January 2021 indicates before the glaring eyes of all who followed proceedings that, not only Hon. Carlos Ahenkorah but other members of the House including Hon. Mohammed Muntaka Mubarak of Asawasi Constituency, Hon. John Abdulai Jinapor of Yapei/Kusawgo, Hon. Samuel Nartey George of Ningo/Prampram, Hon. A.B.A Fuseini of Sagnarigu and others also misbehaved.

On record, Hon. Sam George and Hon. John Jinapor disorganized the ballot screens whilst Hon. Muntaka carried the ballot boxes as though they were his personal luggage. Hon. A.B.A Fuseini pelted insults and blows until he was "seized" and returned to his seat. All these were before the cameras yet a certain Carlos Ahenkorah and other NPP MPs like Hon. Ursula Owusu-Ekuful and Samuel Abdulai Jinapor have taken centre stage of the vindictive discussions. Why so?

The answer to the question remains one and simple; They are members of the New Patriotic Party (NPP). How? Between the NPP and NDC, Ghanaians and the world at large perceive the NDC to be indiscipline, undiplomatic, and reckless in their actions. Vice versa is true of the NPP. So, any such indiscipline, undiplomatic and reckless behavior staged by a member of the NPP especially an MP or leader of the party is seen as unmeritorious of the person's status owing to the party (NPP) he/she belongs, thus, a condition which allows for public judgement against that individual or group of individuals.

Hon. Carlos Ahenkorah is therefore a victim of circumstance birthed out of the perception the Ghanaian people hold for membership of the NPP vis-à-vis the NDC. Simply put, the elitist perception of the NPP does not allow for a member of parliament from that caucus to put up such a behavior. The NDC, known for their rioting, snatching of ballot boxes and devastative revolutions cannot be blamed for any of the actions displayed by their members of parliament in the chamber. It is their nature and the perception forms the judgement.

Neither Hon. Carlos Ahenkorah nor an MP of the NPP caucus should be seen staging such an action ever again in the future (ie. snatching or attempting to snatch ballot papers or becoming an agent of mayhem in the parliamentary chamber). It is a dent not only on the integrity of the national assembly but also the party (NPP) S/He belongs. For the NDC, we may not blame them because it is in their right, in accordance with their founding roots, a people of riot, ballot snatching and revolution; it runs through their veins.

I’m married and I have a girlfriend, both my wife and girlfr...
24 minutes ago

'Ghanaians are angry with the hypocrisy of economic experts ...
32 minutes ago