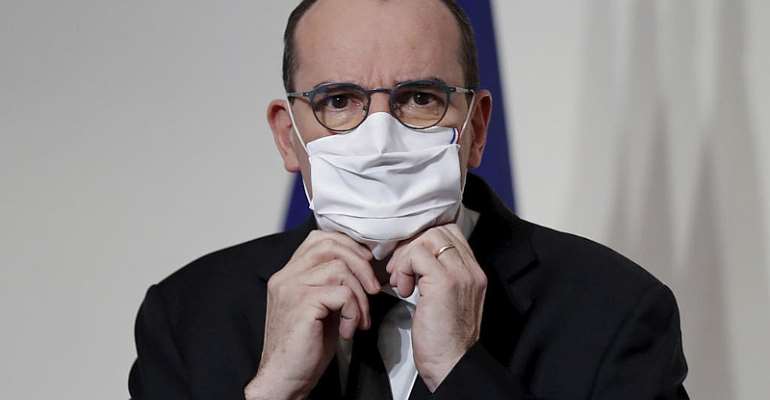 French Prime Minister Jean Castex will speak on Thursday about the Covid-19 situation in France which is not improving. The government is pondering new measures to decrease the numbers while it braces for a possible spreading of a more aggressive strain of the virus in France.

During his weekly press conference at 18:00 Castex will address the new Covid-19 strain, thought to have originated in the UK and now finding its way into France. The Prime Minister comes with a heavy delegation of five minsters: Olivier Véran (health,) Jean-Michel Blanquer (Education,) Rodelyne Bachelot (Culture,) Frédérique Vidal (Higher Education) and Bruno Le Maire (Economy.)

The rate of infection remained stable at 6,5 percent of people tested on Wednesday. The total number stands now at 2,830,442 confirmed cases in France alone, and 69,031 casualties. This makes France the country with the highest number of infections in the world, after the US, India, Brazil, Russia and the UK.

Although a new full lockdown is not favored by the government, Castex is likely to announce stricter measures than the ones in place over the past few weeks, with 25 departments facing a curfew starting at 18:00, while the rest of the country has to be inside by 20:00. The 18:00 curfew may be extended nationwide.

Vaccination enters next phase
Over the past days health experts have discussed the possibility of a school closure as well, but Professor Jean-Francois Delfraissy, president of Scientific Council told French media that doctors “recommend to continue with school openings...We do not think that UK data on the spread of the virus are clear enough to push us to close schools in France.”

On 26 December, France started vaccinating elderly living in retirement homes and personnel in those homes of over 65 years old. Phase II started in January, with health professionals of over 50 years old eligible, and on 18 January, vaccination of all people of over 75 years old will start. The rest of the population will have to wait “until spring,” according to the medical portal Doctolib.