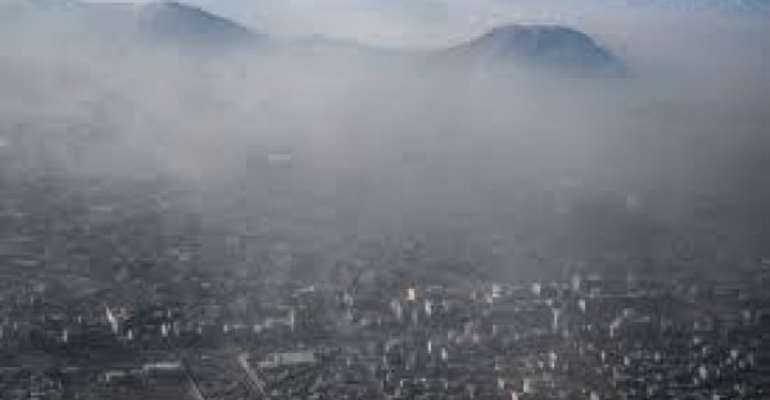 Nearly 5,000 people died in Afghanistan due to air pollution in 2020, the health ministry told dpa.

They died due to respiratory and heart diseases which are considered to be caused by air pollution, Ministry spokeswoman Masouma Jafari said.

Around 10 per cent of those killed due to these diseases in Afghanistan were in Kabul city, the ministry figures show.

According to the air quality index, air in Kabul becomes “very unhealthy” at night during winter, placing Kabul among the most polluted cities in 2021.

The head of Wazir Akbar Khan hospital, Dr. Abdullah Ahmadi, told dpa that the hospital has received more than 600 patients in less than one month.

“An average of twenty patients with respiratory diseases visit our hospital on daily basis,” Ahmadi said. “Most of these problems are because of air pollution.”

Excessive use of coal, old vehicles that produce a large amount of smoke and unpaved roads are the main reasons for increasing air pollution, an official at the National Environment Protection Agency (NEPA) told dpa.

The problem is exacerbated by electricity shortage, expensive petrol, and low-quality fuel.

Since last year, officials have begun a crackdown on local businesses thought to be the main contributor to air pollution by burning scrap tires and plastics to provide heating.

The air pollution problem is a global challenge. According to the World Health Organization (WHO), air pollution kills an estimated seven million people worldwide every year.