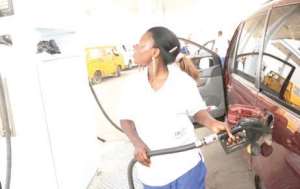 The Institute of Energy Security (IES) has projected that the prices of fuel on the domestic market is likely to go up marginally in the first pricing window of this month.

A statement issued lately by IES said finished products price as monitored on Standard and Poor's Global Platts platform showed increases in the price of gasoline and gasoil on the global fuel market within the period.

It said the price of petroleum products within the second pricing window of December 2020 saw majority of oil marketing companies (OMCs) increasing prices of gasoline and gasoil at the pump, adding that the current national average price of fuel per litre at the pump was pegged at GH¢4.79.

“For this Pricing-window, Zen Petroleum, Benab Oil, Petrosol and Frimps Oil sold the lowest price per litre of gasoline and gasoil at the pump, according to IES Market-Scan,” a statement from the energy experts said.

The commodity continued its rise in price since April 2020. The increase in the average price of the commodity over the period according to IES is attributable to the vaccinations that began within the period against the coronavirus and the expected outcomes from the OPEC+ meeting that was held on January 4, 2021.