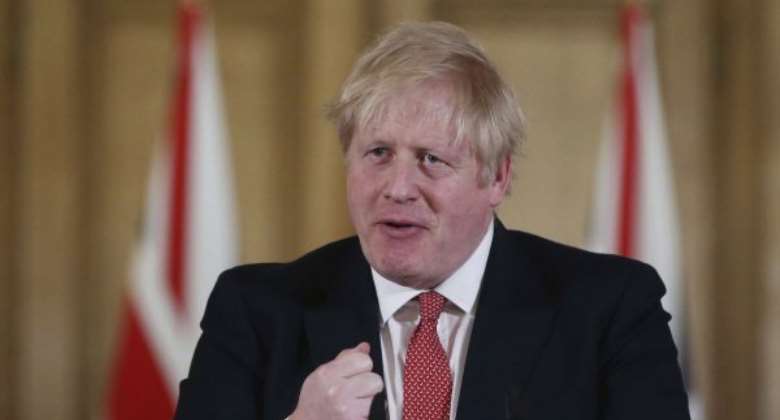 Lockdown rules in London and parts of south and eastern England have been tightened due to concerns about a new variant of the coronavirus, as Scotland and Wales took their own measures in response to the new strain.

"When the virus changes its method of attack, we have to change our method of defence," British Prime Minister Boris Johnson said at a press conference.

The new strain is thought to be spreading rapidly in the region and is said to be 70 per cent more transmissible, the Press Association reported Johnson as saying.

However, there's no evidence the variant, named VUI 202012/01, has a higher death rate or leads to more severe illness, nor that it is less likely to respond to the vaccines currently being developed.

The World Health Organization said it was in close contact with British officials and would update its member nations and the public as they learned more about the characteristics of the variant and its implications.

In the meantime, the public should take all protective measures and comply with national guidance, the WHO tweeted.

Under the new regulations starting Sunday, described as Tier 4, residents can only leave their homes for important reasons, non-essential shops are to close and plans to ease contact restrictions over Christmas have been cancelled.

According to PA, around a third of England's population will be affected by the new measures. Residents in Tier 4 are not allowed to leave the zone, and people are advised not to visit the area.

"Given the early evidence we have on this new variant of the virus, the potential risk it poses, it is with a very heavy heart I must tell you we cannot continue with Christmas as planned," Johnson said.

"We're sacrificing the chance to see our loved ones this Christmas so we have a better chance of protecting their lives," he said.

In efforts to keep the new variant out, Scottish First Minister Nicola Sturgeon said there would be a "strict travel ban" between Scotland and the rest of the United Kingdom over the festive period.

"We simply cannot risk more of this new strain entering the country if we can possibly avoid it," she said, according to PA.

Scotland will be placed under the toughest restrictions for three weeks starting on December 26, she added, with rules on how many households are allowed to mix eased only on Christmas Day.

Wales is also taking steps in response to the new strain, with lockdown restrictions coming into place at midnight on Saturday instead of during the Christmas period, as well as eased rules on household mixing for the holidays only applying on Christmas Day.

Latest Photo Reports
Catch up with all the political quotes from our politicians.
Advertise here
More from Diaspora (UK & Ireland)
ModernGhana Links
The Ghana Society-UK Celebrates The Queen’s Platinum Jubilee At The Luton International Carnival 2022
Former Ghanaian Police Officer Dominic Mbang elected Deputy Mayor of Greenwich in London
All set for Made in Ghana UK Festival 2022 in London on June 25 & 26
TOP STORIES