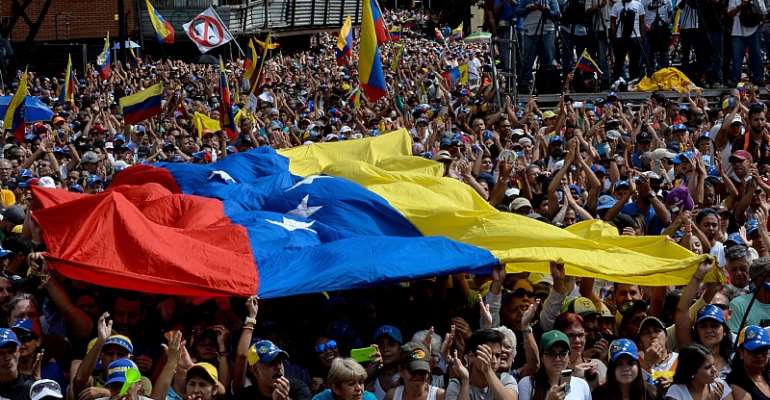 The Hugo Chavez International Foundation for Peace, Friendship and Solidarity (HCIF-PFS) wishes to congratulate the Great Patriotic Pole (GPP) on the victory in the recent National Assembly elections of Venezuela.

The Foundation commends the people, political parties, and government of Venezuela for the successful National Assembly elections that took place on Sunday, 6th December, 2020 and which are boycotted by minority opposition parties linked to foreign detractors. We would like to commend in particular the Venezuelan National Electoral Council (CNE) and civil society groups for ensuring that the elections were conducted in a peaceful, friendly, free and fair atmosphere. Democracy is about people’s choice

We also recognize the contributions made by the civilized international community. This marks an important next step towards a more prosperous and more stable Venezuela. Venezuela is a very important country for peace worldwide. Stability in Venezuela directly impacts peace in Latin America and the world.

There was good turnout in some polling booths while in some others it was not so high. The fear of the Corona pandemic had kept away many voters.

A total of 5,264,104 voters participated in the entire process. Of that total, the Great Patriotic Pole (GPP) alliance, headed by the ruling United Socialist Party of Venezuela (PSUV) secured 3,558,320 votes to form the majority in the next National Assembly of Venezuela.

The landslide mandate secured by the Great Patriotic Pole (GPP) is a clear demonstration of the deep confidence and trust the people of Venezuela have in the leadership of constitutional President Nicolas Maduro. The results are no doubt good for Venezuela, Latin America and the international community.

Constitutional President Nicolas Maduro is a role model of leadership who is playing a pivotal role in defending the dignity of the Venezuelan people. His tireless efforts and leadership is an immense inspiration to the people of Venezuela and beyond. The impressive victory of the Great Patriotic Pole (GPP) therefore, is testament of the confidence of the Venezuelan people in constitutional President Nicolas Maduro’s leadership and ability in moving Venezuela forward.

The December 6, National Assembly election is a constitutional requirement and part of the internal democratic and constitutional process of Venezuela. The government of constitutional President Nicolas Maduro is doing everything according to the book and has made reconciliatory offers to the opposition which were turned down due to outside interference. It comes to say that there is nothing unconstitutional or illegal about the elections. This is the position of the Hugo Chavez International Foundation for Peace, Friendship and Solidarity (HCIF-PFS).

When we congratulate the citizens of Venezuela, the candidates of the political parties and the National Electoral Council (CNE) of Venezuela, it is not because the Great Patriotic Pole (GPP) won majority seats in the National Assembly, leaving the other parties in the opposition. The specific choice of which party the people of Venezuela would like to see as the ruling party is not the business of the Hugo Chavez International Foundation for Peace, Friendship and Solidarity (HCIF-PFS).

The Hugo Chavez International Foundation for Peace, Friendship and Solidarity is of the belief that the people of Venezuela have indeed spoken, expressing their hope for a stable democracy to deliver the future they envision. The progress in Venezuela under the wise leadership of constitutional President Nicolas Maduro is admirable. It is our belief that the newly elected National Assembly will dedicate itself to overcoming the challenges, fulfilling the will of the people, and achieving the vision of a peaceful and prosperous Venezuela.