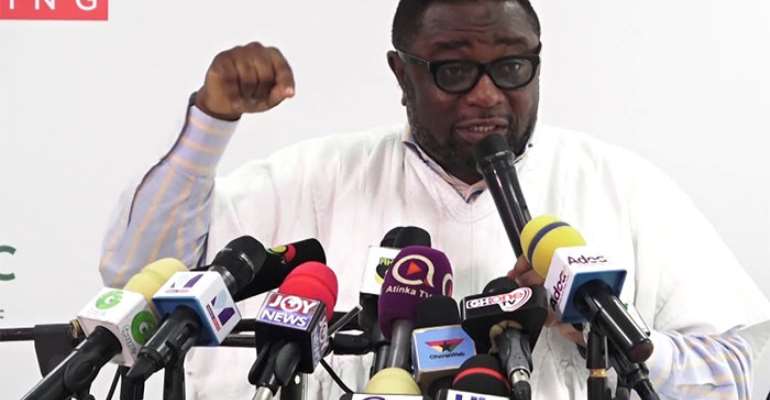 The National Democratic Congress (NDC) says claims by the ruling NPP that it has a parliamentary majority is false.

According to the NDC, it has won 140 parliamentary seats so far in the just ended December 7, 2020 general elections.

Director of Elections of the NDC, Elvis Afriyie Ankrah, made this known at a press conference this morning in Accra.

He stated that the NDC has flipped about 38 parliamentary seats, wondering how the NPP can claim victory in the presidential election when it was losing so many parliamentary race.

He stated that the NDC won 9 out of 18 constituencies in the Northern Region.