Election 2020: We have no other motive — Military rubbish intimidation accusation in Oti, Volta Regions 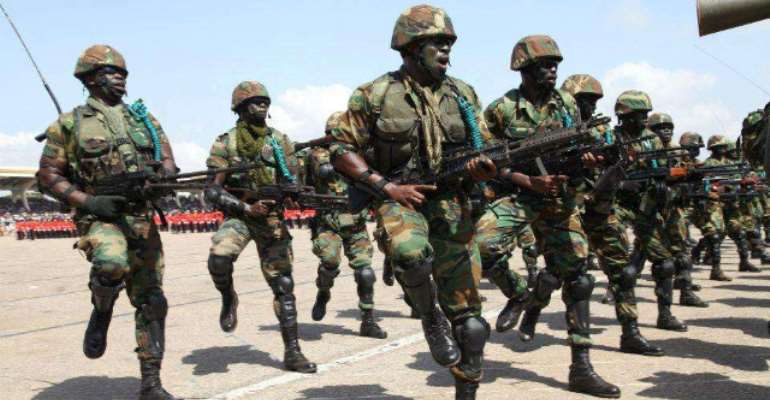 The Ghana Armed Forces (GAF) has rubbished claims suggesting that there are plans to intimidate voters during today’s general election, particularly in the Volta Region.

In a press release addressing allegations leveled against the force, they say the accusations which impinge on its professional integrity are false and unfounded.

“The audio recording by an unidentified male voice, alleges the re-location of “gadgets” from Accra to Ho with the aim of intimidating the people of the Volta and Oti Regions in collaboration with a neighbouring country.

“The fact of the matter is that the GAF has deployed to all the Regions of Ghana in connection with the 2020 General Elections. The deployment is in support of the Ghana Police Service and this is standard practice. There is no other motive,” the press release from GAF signed by Colonel E Aggrey-Quashie has said.

The Ghana Armed Forces have charged all deployed personnel to stay vigilant while on duty today to provide protection for the citizenry to ensure the election ends successfully.

The press release concludes, “The general public must also feel free to cast their ballots when the polls open on 7 December 2020.”

Below is the full press release from GAF: 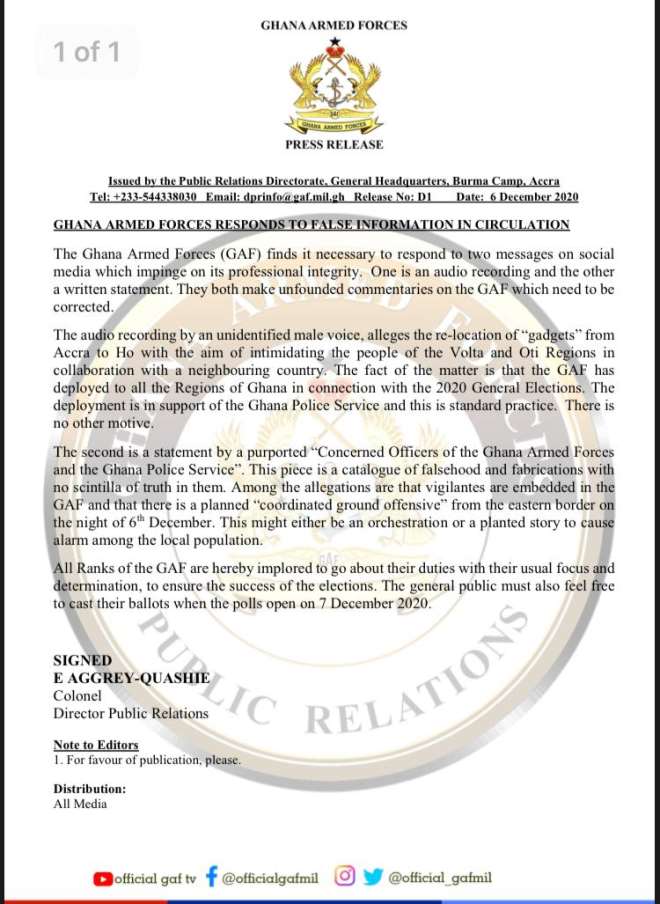