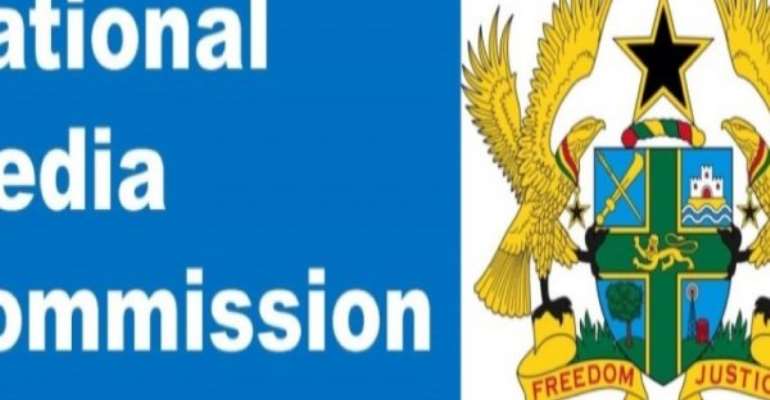 The National Media Commission (NMC) has determined that the decision by Adom TV to air a video purporting to show President Akufo-Addo taking bribe was wrongful.

The Commission said by broadcasting the material without prior verification, Adom TV failed to live up to the ethical standards required of a broadcaster.

A statement signed by Mr George Sarpong, Executive Secretary of Commission and copied to the Ghana News Agency, in Accra, on Sunday, said the the NMC took note of Adom TV's public apology in which the station indicated that the video “was in fact, a video of the then candidate Akufo-Addo in 2016 receiving a donation of USD$ 40,000.00 for his campaign.”

"The Commission recognised the station took a good step in issuing the apology but said post-facto admission of error while useful, did not take away the professional requirement for verification and fact checking before publication".

The Commission advised all media houses and journalists to exercise the greatest professional care and diligence in handling materials that had the capacity to affect public judgment of any candidate in the period most proximate to elections.

The Commission sat on Sunday December 6, 2020 as part of the expedited process announced in a press statement on December 2, 2020, the statement said.

It said the matter was brought by the New Patriotic Party (NPP) and signed by the Chairman of the Party's Legal and Constitutional Committee, Mr. Frank Davies, who also led the Party's team, including Evans Nimako, Director of Research & Elections; Mr. Bright Okyere-Adjekum, Member of the Legal Directorate and Nana Adjoa Asante, also a Member of the Legal Directorate.

The Adom TV team made up of Mr. A.C. Ohene, Senior Editor and Mr. Abdulai Awudu, General Manager, informed the meeting that they had been instructed to attend the meeting as a sign of respect to the Commission and the complainant but that they had a limited mandate to ask for adjournment to enable the station to arrange legal representation.

"The Commission took the view that the concerns of the NPP had direct implications for the elections and, therefore, a postponement would be unjust.

"Besides, it was the position of the Commission that the concerns by the NPP and the text of the public apology by Adom TV provided enough materials for the conclusion of the matter under the Commission's expedited process in elections matters".