Mahama is like 'Kejetia Tutubotom', ignore him — Asabee to electorates 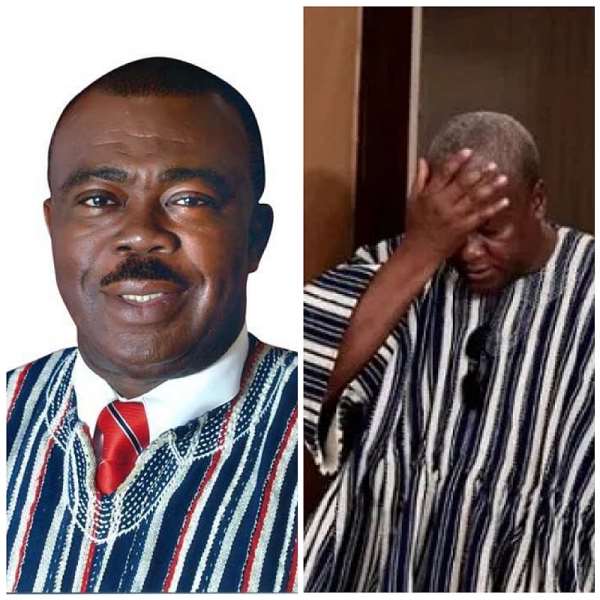 The Director of the State Interests and Governance Authority (SIGA), Mr Stephen Asamoah Boateng popularly called Asabee has described the flagbearer of the NDC, Mr John Mahama as a 'Kejetia Tutubotom'.

According to him, the former President has no moral right to talk about corruption under the NPP especially when he is alleged to be involved in a number of scandals such as the Airbus bribery.

Airbus, the European aircraft manufacturer has alleged that between 2009 and 2015 it paid bribes to the government in power at the time when it sold three of its military aircrafts.

Asabee said the Airbus scandal alone is too huge an embarrassment and as such finds it very ridiculous when former President Mahama speaks about corruption.

Speaking at a mini rally at Breman Amoanda in the Asikuma Odoben Brakwa Constituency in the Central Region, Asabee said the NDC has been in power for 16 years which Mr John Dramani Mahama was an integral part and therefore does not understand why the NDC wants to come to power again.

" The late Atta Mills set up a committee to investigate you about the Brazillian aircraft purchases when you were Vice President.

"John Mahama is an epitome of corruption so it baffles me when he gets the effrontery to talk about corruption. He has little or no conscience because he has no moral grounds when it comes to issues of corruption", Asabee said.

Asabee urged Ghanaians to go out in their numbers and vote massively for President Akufo Addo and his Parliamentary candidates so the NPP can continue its good works.

The NPP Executive for Asikuma Odoben Brakwa Kwasi Yaadwo took the opportunity to educate the electorates on the proper way of voting to reduce the number of rejected ballots.