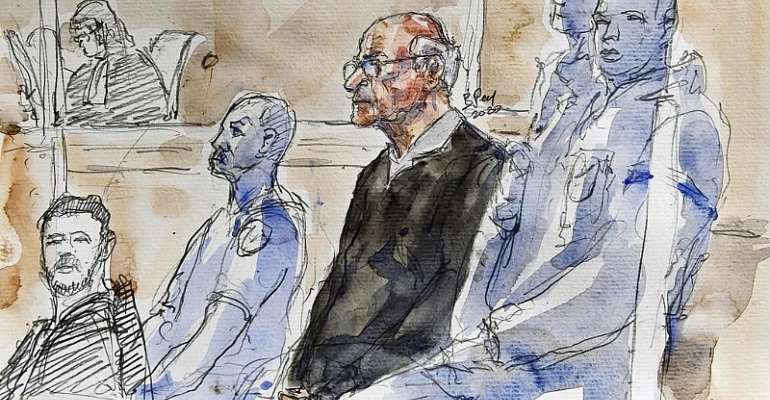 The trial of former surgeon Joël Le Scouarnec, accused of raping and sexually assaulting four children, has reopened in west France. The 69-year old is also suspected of sexually assaulting up to 349 children in what prosecutors believe could be France's biggest-ever paedophilia case.

Joël Le Scouarnec, 69, entered the dock in Saintes in southwest France on Monday, charged with the rape and abuse of four young girls.

The hearing, which was adjourned on March 14 this year due to lockdown, is being held behind closed doors, following a request by one of the plaintiffs.

Le Scouarnec stands accused of raping or assaulting four children: the six-year old daughter of his neighbour in 2017, two of his nieces between 1989 and 1999, and one of his hospital patients, aged four, in 1993.

The first case, and which led to his arrest, reached investigators in April 2017 after his neighbour's daughter told her family that Le Scouarnec had exposed himself and molested her across the fence separating their properties.

He has admitted assault but denies the charges of rape.

Le Scouarnec's lawyer Thibault Kurzawa said in March that his client "wasn't in a state of denial” and that he wanted "to try and understand how he could have done so much harm".

This week's trial is just the first chapter and what may be France's biggest paedophilia scandal to date.

The second chapter concerns the alleged rape and sexual aggression of as many as 312 girls and boys from 1986-2017.

Investigators found more than 300,000 images of child pornography, including pictures of his two nieces, when they searched his home in Jonzac, in 2017, following the six-year old's testimony.

They also uncovered detailed notebooks in which the surgeon described sexual violence against both girls and boys during his 30-year career in hospitals in the centre and west of France.

Next to each child's name were comments on the nature of the sexual acts inflicted, investigators said.

At least 60 arrested in crackdown on French paedophile rings

This week's trial will not cover that period.
“We won't discover the surgeon, but rather the kind of man he was in his private life”, said Nathalie Bucquet and Marie Grimaud, lawyers representing Innocence en danger (Innocence in danger) on behalf of the plaintiffs.

Experts have described Le Scouarnec as “a manipulator, fascinated by paedophilia”, who showed “no empathy”.

In an investigation carried out by French news weekly L'Obs the surgeon wrote "I'm a paedophile" in his notebooks every year on his birthday on 3 December.

In 2005, he was given a four-month suspended jail sentence for possession of child pornography.

A verdict is expected on Thursday. If convicted, the former surgeon faces up to 20 years in prison.

The verdict is expected Thursday, when the accused turns 70.