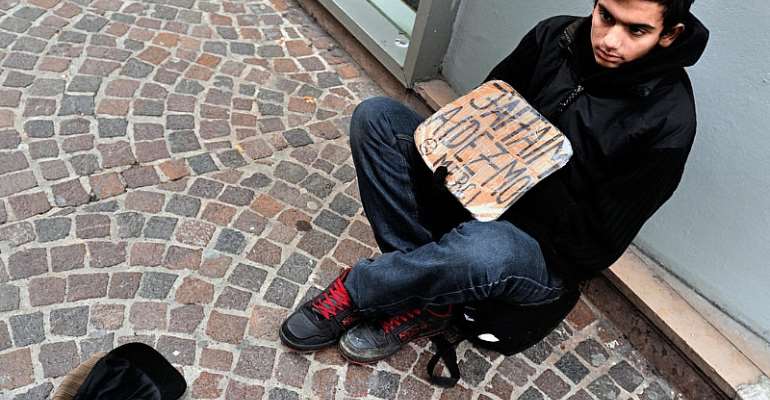 Poverty was worsening in France even before the coronavirus crisis derailed the economy, according to a new report that warns young people are at the frontline of the new recession.

The Observatory of Inequalities – an independent organisation – urges the government to do more to help the most disadvantaged in society.

High unemployment, low wages and job insecurity have created significant disparities between 20-24 year olds, who are less likely to be on permanent contract or have the support of a spouse.

"Young people will suffer the bulk of the economic repercussions of the coronavirus crisis," said Louis Maurin, the observatory's president.

In the absence of available data since in 2020, the report seeks to anticipate the effects of the crisis using the most recently available figures.

It alludes to a poor among the poor, with 2.2 million people living on less than 708 euros per month. Such miserable conditions, the report says, are unacceptable for one of the world's richest countries.

"For [these people], it is impossible to live with dignity, and in particular to find housing without additional income: help from relatives, friends, odd jobs or undeclared work.”

Welfare burden
The report comes on the back of warnings that more than 10 million French people will be living in poverty by the end of the year as a result of Covid.

The French charity Catholic Secours said that mandatory expenses such as rent, utilities, medical care, clothing and food have become burdens that the welfare system has been unable to relieve.

In a study published earlier this month, the Catholic non-profit organisation said distressed families were forced to choose between paying rent or buying groceries.

However measuring the full impact of Covid-19 on families in 2020 will not be possible until the autumn of 2022, the observatory said.