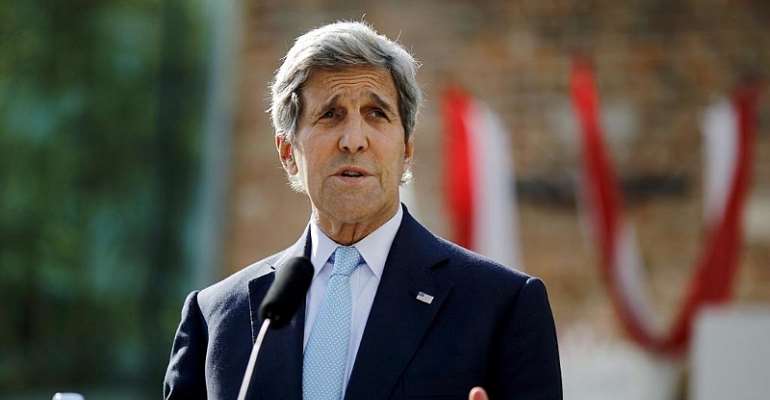 Former US Secretary of State John Kerry, who helped broker and sign the landmark Paris Agreement on climate change, was named climate envoy in US President-elect Joe Biden's administration on Monday. Biden has sworn to reverse outgoing President Donald Trump's withdrawal from the deal.

Kerry's nomination is a sign the incoming administration in Washington intends to renew US commitment to fighting climage change.

“The work we began with the Paris Agreement is far from done,” Kerry tweeted after the announcement of the role.

“I'm returning to government to get America back on track to address the biggest challenge of this generation and those that will follow. The climate crisis demands nothing less than all hands on deck.

“Dear John, I can't s wait to work with you again. You will always be welcome in Paris,” Hidalgo tweeted in English.

US on track to return to Paris deal

Under Donald Trump, the US formally left the Paris Agreement to aim to keep global average temperatures from rising no more than 1.5 degrees Celsius over pre-industrial levels in November.

Biden has vowed to put the US back into the deal on the first day of his presidency in January.

Kerry, 76, ran unsuccessfully as the Democratic Party's candidate for the US presidency in 2004. He stood by Biden through the incoming president's campaign this year.

In addition to the Paris Agreement, Kerry was chief architect of the Iran nuclear deal as US top diplomat under former president Barack Obama.

“Things are getting worse, not better. So we have our unlikely allies coming together here… to treat this like a war,” Kerry said when the coalition launched in late 2019.

The United States is the world's second-biggest polluter after China. Emissions levels have been declining in recent years due to increasing uses of natural gas and renewable energy sources.

The levels though are not falling at the rate needed to achieve Biden's goal to make the United States carbon neutral by 2050.