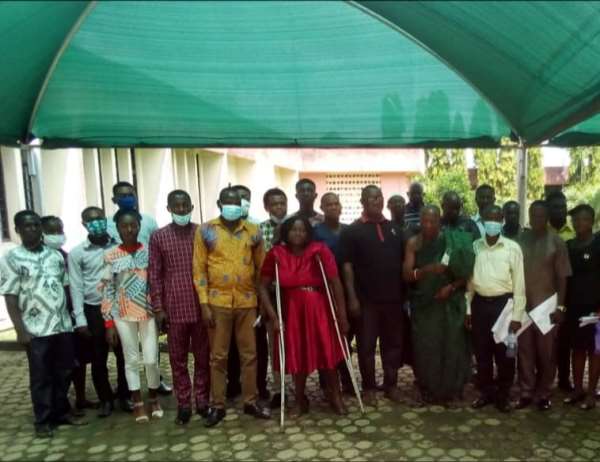 Ahead of the 2020 general election, the Obuasi Municipal Office of the National Commission for Civic Education (NCCE) has inaugurated an Inter-Party Dialogue Committee (IPDC) to serve as watchdogs to prevent conflicts before, during, and after the election.

The Municipal Director of NCCE, Mr. Sylvester Yaw Asamoah speaking with the Information Services Department at the sidelines of the inauguration said the committee’s role is to be a pillar to mediate for peace to reign between the political parties and solve anything that will trigger conflict in Obuasi.

He further reiterated that, even though the formation of the committee has been delayed due to the Coronavirus break out, but, they will do their best to give rapid response to anything that will bring misunderstanding.

Touching on the Parliamentary debate which comes on every election year, Mr. Asamoah said they are ready to organize the debate between the two Parliamentary candidates (NDC and NPP) to give them the platform to talk to the electorates.

The Chairman-elect for the Committee who is also the Odikro of Bongobiri Rev. Dr. Nana Owusu Achiaw Brenpong also expressed his excitement for being elected for the third time to steer the affairs of the committee and urged the media to give the committee the platform to educate the masses on electoral offences and issues related to the election.

Still, on the media, he urged them to guard against false news and preach peace on their platforms.

President for Person with disability, Obuasi Municipal, Hon. Karim Iddrisu also touched on the tension-free environment at the election centers and also appealed to the Electoral officials to create a congenial environment for Persons with Disabilities to be able to exercise their franchise. 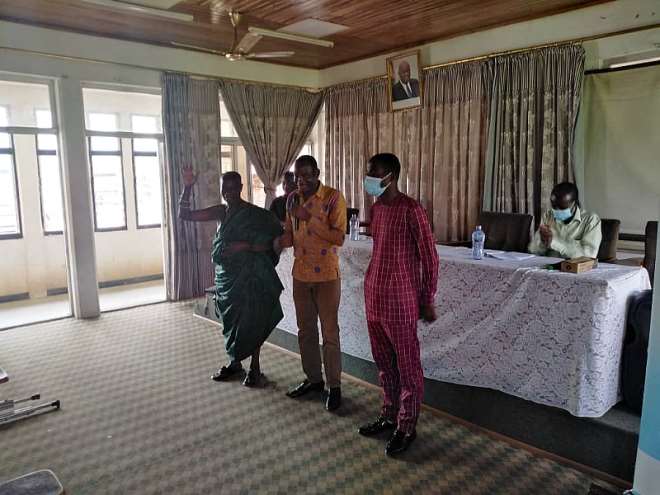