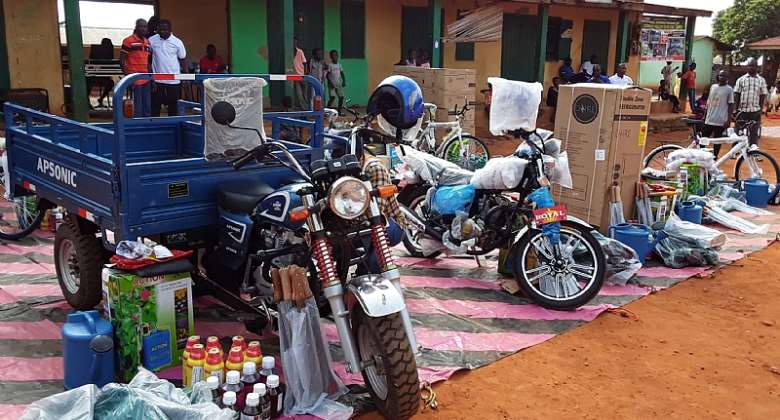 The Ahafo Newmont Ghana has donated items worth 15,000 to the Tano South Municipal Assembly to make the said Assembly effectively reward hardworking farmers in the municipality as Ghana celebrates the 36th Farmers' Day.

Some of the items donated by Newmont Ghana

It is against this background that Newmont has established Agricultural Improvement and Land Access Programme aimed to support farmers found at the Newmont operational areas.

Mr. Steven reiterated that Newmont also collaborates with other agencies and departments to organize training programs for farmers on modern methods of Agricultural practices to enable the farmers to acquire knowledge to meet the modern trend of Agriculture.

The Municipal Director of Agriculture who received the items on behalf of the Assembly thanked the management of Newmont for their kind gesture and also pledged that the items would be given to the deserving farmers.