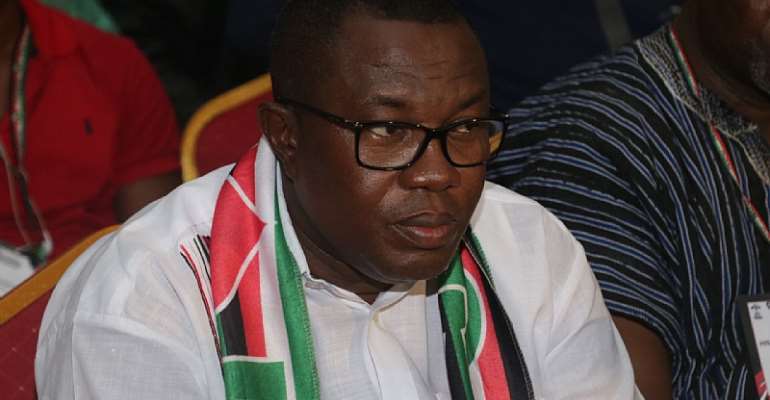 A two-hour audio recording purported to be the alleged leaked tape of national chairman of the opposition NDC Samuel Ofosu Ampofo is being played in open court.

On October 16, when the audio appeared in court for the first time at the commercial division of the Accra High Court presided over by Justice Samuel Asiedu, it was truncated forcing an adjournment.

Prosecution led by Director of Public Prosecution Mrs Yvonne Atakorah Obuobisah has rectified the situation, with the 2-hour full tape being played.

The investigator in the case Detective Chief Inspector Bernard Berko, the third prosecution witness is currently in the docket giving evidence.

The audio recording is expected to be tendered in evidence through the witness if the court accepts it.

The NDC chairman is standing trial with Kweku Boahen, a deputy communications officer of the party who is absent from court, because of ill-health.

No government has mortgaged the future of the youth than NPP...
30 minutes ago