What Will Kamala Harris Do As Joe Biden's Vice President? 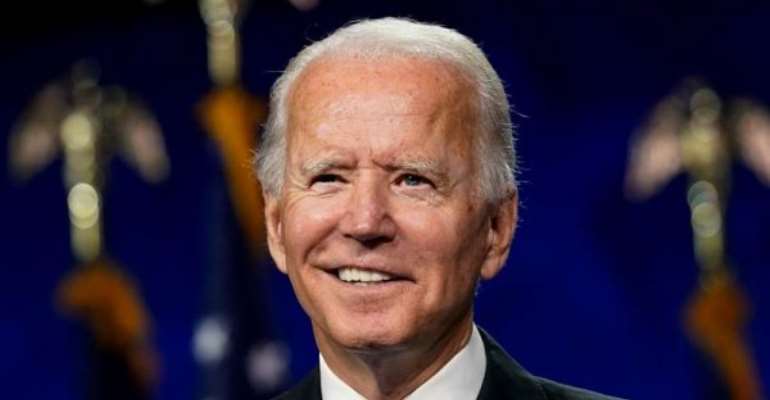 Joe Biden has promised that Vice President-elect Kamala Harris will be the "last voice in the room" at crucial moments.

She'll work for a president who knows what it's like to have her job.

She knows the modern, rabidly partisan U.S. Senate, a Senate that Biden left when the tone and relationships were more cooperative and cordial.

On January 20, Harris will become the nation's first woman, and the first person of color, to be a heartbeat away from the presidency — and will fill the role in some untraditional ways.

Those familiar with her see Biden playing to her strengths. Harris is unlikely to be a big player on national security or foreign affairs, since she's had little experience in those fields. They say she could use her extensive legal background to become a key player on such issues as law enforcement and criminal justice.

And she'll play an important political role, thanks to her "first" stature. "She's advocated for the issues that represent the most pain for our communities right now," said Aimee Allison, the Oakland-based founder and president of She the People, a national network of women of color.

Harris will immediately become the unofficial front-runner to succeed Biden, who will be 78 when he's sworn into office. That means she'll also be a president-in-training.

"He has said many times he wants to pass the baton, and clearly Kamala Harris will be front and center," said Represenative Pramila Jayapal, D-Washington, co-chair of the Congressional Progressive Caucus.

She'll be an unquestioned full partner in a Biden administration, said Debbie Walsh, president of the Center for American Women and Politics.

"I do think that because Joe Biden was a vice president and because he saw himself as a partner to Barack Obama and talks about it and takes great pride in it," she said. "He was looking for someone who would be that for him."

Biden has not specifically said what Harris would do in office, other than the pledge that she would be the last person in the room on key matters.

What's known is that Harris will have a similar, if not more profound, stature at the Biden White House. Harris has made it clear she'll be a forceful advocate for constituencies that have rarely been in the room where White House policy happens.

"I want to speak directly to the Black women in our country," she tweeted Monday. "Thank you. You are too often overlooked, and yet are asked time and again to step up and be the backbone of our democracy. We could not have done this without you."

While it's difficult to pinpoint specific policies she'll affect, Harris' background and perspective could have impact.

"It means there's someone with a seat at the most powerful table in the world who sees the world through both a gender and race lens," Walsh said. "It changes how you see policy. You have an awareness there may be a different impact on women, people of color other folks may not know and understand directly."

Jayapal noted that she and Harris have championed issues often not on the traditional congressional radars, such the Domestic Workers Bill of Rights. It would provide a series of rights and protections that could provide paid overtime and affordable health care.

The Harris and Jayapal bills went nowhere, but Biden said during the campaign he will work to pass the bill.

Congress is expected to tackle criminal justice reform next year, after Democrats and Republicans were unable to agree on a bill this year. After George Floyd died in police custody in Minneapolis on May 25, Senate Republicans offered a plan that would take steps to reduce the use of chokeholds and other potentially lethal restraints.

Democrats, led by Harris and Senator. Cory Booker, D-New Jersey, said it did not go far enough. They wanted a ban on chokeholds by federal law enforcement officers and a law making it easier to provide criminal and civil penalties for police misconduct. Democrats blocked the GOP bill in the Senate, ending any effort this year to pass changes.

Asked if having Harris as vice president gave him new hope some accord could be reached, Senator Tim Scott of South Carolina, the chief GOP sponsor, said did not want to discuss her role until a presidential winner becomes official.

"The history of her career shows she thinks about it in terms of innovation, about how we create a public safely mechanism that protects victims, makes crime less likely to happen and makes communities engaging with law enforcement safer," said Myesha Braden, a former federal prosecutor and now director of special justice initiatives at the Alliance for Justice.

Braden saw other system improvements that Harris can promote.

"The very fact you have someone who understands instinctively men are not the only concern in the system and women experience the system differently is groundbreaking. It's going to make a huge difference," she said.

Biden, a senator for 36 years, was a key player as vice president in negotiating deals with Senate Republican Leader Mitch McConnell during Obama's first term.

But the Senate has since become more rigidly partisan, and the polite public conduct that was for generations a hallmark of the institution has eroded.

Experts said she understands the often hard-to-follow ways of the U.S. Senate, and since she'll be Senate president, with an office and a 51st vote if needed, she'll be an important force.

"In terms of understanding the realities and dynamics of the Senate at this time, she gets it,' said Dan Newman, California political strategist who has been a political adviser to Harris.

The 1986 Nobistor Affair meant to overthrow the Rawlings-led...
50 minutes ago