Obuasi: Woman Bites Off Armed Robber Penis During Second Round Of Rape 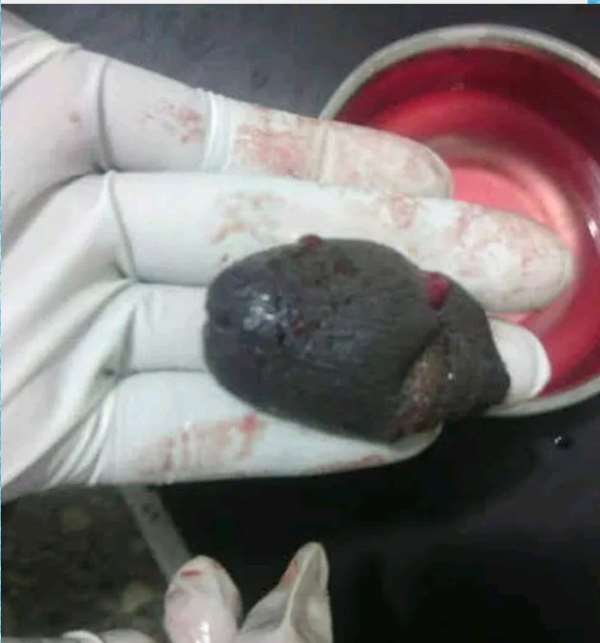 A robbery suspect had the shock of his life when his victim severed his manhood with her sharp teeth.

Emmanuel Ankor, 23, was said to have asked the victim to lick his penis after raping her and taking some items and money from her room at gun point.

The incident occurred at Abompe New Site, a suburb of Obuasi in the Ashanti Region.

After forcibly inserting his penis into her mouth, the victim mustered courage and bit off the penis to the shock of Ankor, who retaliated by biting the back of the victim.

He was arrested at the AngloGold Ashanti Hospital, where he had gone for treatment.

Deputy Superintendent of Police (DSP) Mr Francis Asenso, told the Ghana News Agency that the victim, who had also gone to the hospital for treatment after making a report to the police, spotted the suspect and alerted the security officials, who arrested him.

He said the police, after visiting the crime scene, retrieved the severed penis and sent it to the hospital for preservation, while further investigation was ongoing.

He said the suspect was on police guard at the hospital and would soon be arraigned to answer the charges.