America Has Sneezed: Will Ghana Catch A Cold? 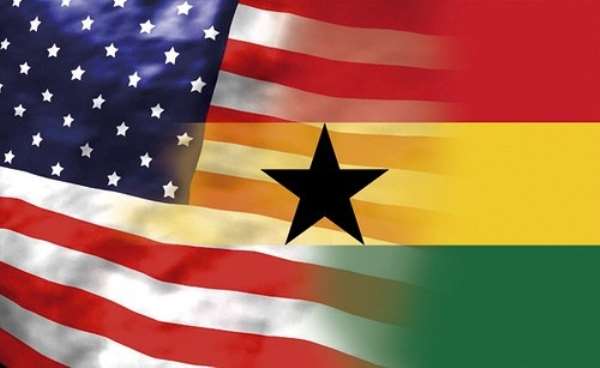 “One of the penalties for refusing to participate in politics is that you end up being governed by your inferiors.” - Plato

He coined the expression: “The medium is the message” and the term: “Global Village” which were popularised in his books: “The Gutenberg Galaxy: The making of Typographic Man” (1962) and “Understanding Media” (1964). Expanding on “global village”, he argues that “…we live mythically and integrally… but continue to think in the old fragmented space and time patterns of the pre-electric age.” “Global village” is “the phenomenon of the entire world becoming more interconnected as the result of the propagation of media technologies through the world.” He had predicted the “World Wide Web (www)” more than 30 years before it was invented, and Alexander Stille wrote in The New York Time in 2000 “Marshall McLuhan is back from the dustbin of history; with the internet, his ideas again seem ahead of their time”. And Camille Paglia, professor of English at the University of Arts in Philadelphia says in an interview: “Now, his (McLuhan's) name is mentioned everywhere. Now that all these young people are spending time on the internet, there is a real ferment of interest in him.” McLuhan's work, his defenders say, was ahead of its time.

The phrase “When America sneezes, the world catches a cold” falls in tandem with the ideas of McLuhan in “global village”. The phrase simply means, as a global leader, other nations tend to follow America; so whatever happens in America affects the rest of the world, whether good or bad. This phrase originated from France, during the Napoleonic era. Aristocratic Prussian diplomat Klemenz Wenzel Furst von Metternich used to say: “When France sneezes, the whole of Europe catches a cold” – to show France's importance and influence on European affairs. America imported this Metternich phrase, just as the country imported her people and related paraphernalia and captured the country from the original Paleo-Indians, Clovis and Red Indians. Now, if you want to see Prussia, you cannot find it on the map. It has ceased to exist since 1932, and Prussian Chancellor, Otto von Bismarck's nobility was absorbed into the larger democratic Germany.

Americans went to the polls (finally) on Wednesday. Many Americans (about 90%) had already cast their votes before Wednesday, 4th November. It is a battle between Republican President Donald Trump (74 years) and Democratic Joe Biden (77 years). In the dying embers of the political campaigning, the rhetoric became more personalised. When he went to Michigan, Trump said: “Hello, Michigan. How are you doing? It's cold, but I feel very warm in this group. This is a great group.” Joe Biden in Milwaukee said: “Hello, Milwaukee. It's good to be back… they told me it's going to be indoors. You're a hearty bunch.” Joe Biden reminded Americans: “The power to change this country is in your hands… Tomorrow we have an opportunity to put an end to a presidency that has divided this nation.”

Trump was caught by Covid-19, but shrugged it off, and left the military hospital after a few days to continue his campaign. Joe Biden, who never got caught by Covid 19, was always seen wearing a mask. This prompted Trump to charge: “Every time you see him, he's got a mask. He could be speaking 200 feet away from them, and he shows up with the biggest mask I've ever seen.” Biden charges in Philadelphia: “We have to beat the virus, Trump is the virus.” Trump bellows: “We will never be a socialist country.” And this titillates one to recall the October 12, 1960 incident in the United Nations. The head of the Filipino delegation, Lorenzo Sumulong referred to “…the peoples of Eastern Europe and elsewhere which have been deprived of the free exercise of their civil and political rights which have been swallowed up, so to speak, by the Soviet Union…” The Soviet leader, Khruschev pounded and banged his desk with his right shoe (allegedly) and branded Lorenzo “a jerk, a stooge, a lackey and a toady of American imperialism.” Americans hate socialism, they despise communism. We do not possess the acumen and the dexterity of Ben Ephson. So, we cannot look at the crystal ball and predict the outcome of the American polls. Would Trump be a one-term president just like incumbent president George H. W. Bush defeated by Arkansas Governor, Bill Clinton in 1992? In 1990, George Bush had insisted: “Read my lips… there will be no increase in taxes.” But being unable to cope with a soaring budget, he reneged on his promise. Bill Clinton had an advantage and broke a streak of Democratic loss by the Democrats. And businessman, Ross Perot, even garnered 19% of the votes, and incumbent George Bush lost miserably.

It is a hot race in the U.S. The votes are too close to call, particularly in key states: Florida, North Carolina, Georgia,… Whilst the elections occurred at a most auspicious time: “Black Lives Matter” demonstration. But some blacks vote Republican. Traditional female Republicans cannot easily be swayed into the Democrats camp just because the Democrats have a vice-presidential candidate, Kamala Harris, being a woman. Nor will the Asian-Americans vote Democrat because the vice-presidential candidate's background is Asian mother and Jamaican father. With divorce, Kamala grew under the tutelage of a single mother. Hispanics or Latinos may not easily be converted into Democrats. Take the case to the Supreme Court, and you will find the court controlled by conservatives. Trump recently swore in Amy Coney Barret as a Supreme Court judge to replace Ginsburg. Trump's pledge to “make America great again” resonates with many Americans. Which party gets 270 votes in the electoral college? Whoever does can count itself a winner. In 2016, Hilary Clinton won three million popular votes, but the electoral college cancelled this and gave Trump the winning position.

America has “sneezed”. Will Ghana “catch a cold”. The Centre for Democratic Development – Ghana (CDD) research shows Ghanaians are confident in the Electoral Commission: 64% believe in EC's ability to deliver free and fair elections. The survey showed that the presidency enjoys 61% of the trust of those surveyed, and while NPP enjoyed 57% NDC enjoyed 47%. The issues those surveyed thought would influence their voting pattern were: infrastructure, especially roads (51%); unemployment, education, health, management of the economy, poverty / destitution, electricity and water, wages and income. In a campaign mood, the NPP die-hards will only talk about providing free SHS, free water, free this, free that…NDC will say, look at our manifesto we will license Okada (abolished by us) because we did not know its usefulness we will do this… and this…Our leader, JDM, is now in a better position to rule better…

Perhaps, the most significant observations the CDD survey brought up were that: corruption featured least (6%) among the issues, and that if anyone wanted to “vote-buy” them, they would take the money, and not allow that to influence their votes.