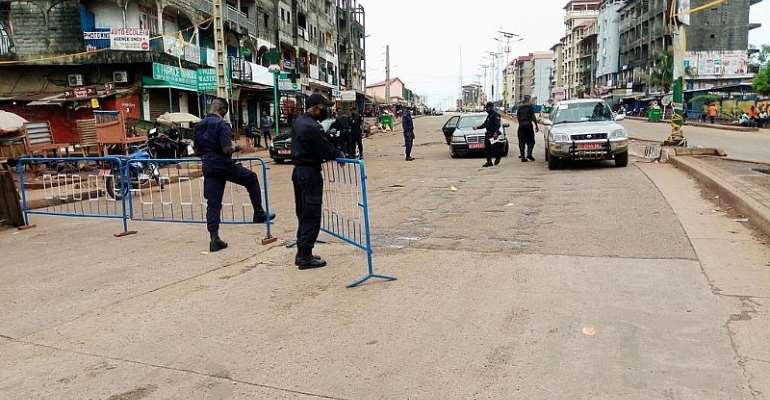 Guinea's main opposition party, headed by Celloun Dalein Diallo, called on supporters to protest against the election results on the streets of the capital Conakry on Tuesday, a request which failed to attract supporters, who say too much blood has been shed.

Many residents in Conakry are worried by the large presence of security forces in the opposition strongholds on the outskirts of the city, including the main Hamdanlaye -Bambeto areas, while others simply refused to go out because they have had enough of the perpetual street protests.

''I decided not to respect the call for a demonstration today, because I am tired of violence, of bloody demonstrations. We have lost several of our friends for no just cause so this time around we are not going to be a sacrificial lamb for politicians,'' said student Alpha Sowe,26.

He told RFI that the opposition needed to change their strategy instead of calling for street demonstrations.

The demonstration was widely ignored by the population especially by the youths many of whom say they felt Guinea's politicians have put them in harm's way too many times.

Results still to come
Conakry remained largely peaceful on Tuesday, but there is tension in the air since presidential elections were held on 18 October.

The national electoral commission declared incumbent President Alpha Condé the winner with nearly 60 percent of the vote, which Diallo's Union of Democratic Forces of Guinea (UDFG) party has contested.

The Constitutional Court has begun hearing complaints made by five of the twelve presidential candidates on how the election was carried out.

Final results of the elections are expected on Friday, but this remains to be seen as one of the judges is said to have contracted Covid-19.

Businesses affected
Meanwhile, shops remained closed in the opposition strongholds but traffic proceeded as usual under the gaze of security forces.

Shop owners in the area had closed their doors as a preventative measure against attacks during demonstrations.

"I am tired of closing my shop because of demonstrations-- all we want now is for the government to put a stop to meaningless and continuous street demonstrations in the country. I am sitting at home against my will,'' said trader Mohamed Barry, who works in the Cosa area.

Many of the presidential candidates, who are still waiting on the constitutional court for the final results of the elections, said the call for protests on Tuesday was a unilateral decision by Diallo and his UDFG party.

Karim Soumah, head of communications for one of the aggrieved political parties Party of Democrats for Hope (PADES) said they were surprised at the decision.

''We are not part of the demonstration and we will never be part of any movement that would cause prejudice on the people of Guinea. We are waiting on the constitutional court and all what we are asking for is dialogue, not violence,'' said Soumah.

Stop sacrificing youth
Fatoumata Binta Bah, who lost a brother during the recent post-election violence in Conakry, echoed Soumah's comments, saying that she wanted the opposition leaders to stop using youths for their selfish aims.

''I am calling on political leaders in Guinea to have sympathy on the young population here and not to use them as political tools in their fight,” said Bah.

“I would like both parties to return to the negotiating table instead of using the streets,'' she added.