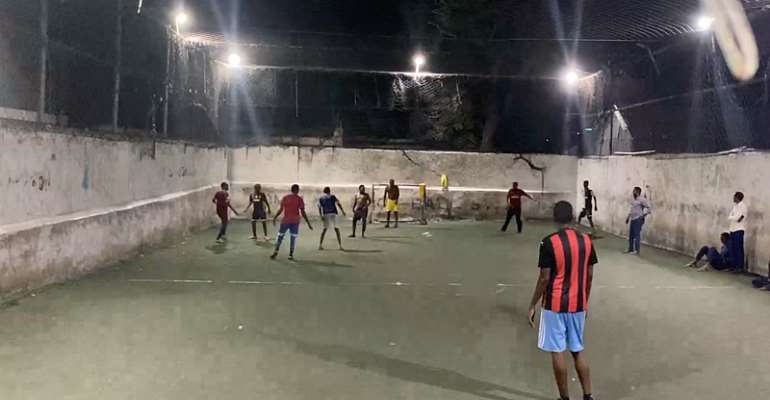 In an effort to expand initiatives to allow people more time outside in a secure environment, Mogadishu, Somalia's capital, has created a number of football pitches that are off the street, so residents can enjoy some sport and free air.

Nestled in between buildings, the football pitches have a net over the open-air roof to prevent the balls from going into neighbouring homes or gardens.

“Since our youth are excited and interested in playing soccer, I decided to offer my experience and expertise by training them within these pitches,” says coach Aweys Mohamed, retired soccer player and coach.

“They are the future generation of soccer players who will represent this country. I always encourage them to maintain interest in football,” he says, speaking to RFI's Africa Calling podcast.

Somalia, and Mogadishu, in particular, has lived under the spectre of al Shabaab, a hardline Islamist organization that has terrorized the local population for years. While ongoing attacks, especially on the streets of the capital, feed into the cycle of insecurity, the soccer fields dotted around Mogadishu give residents a sense of hope.

Soccer player Hassan Mohamed plays one night a week in an effort to get some exercise and meet up with friends.

“There's also the reason of security-- we can't play outside (on the street),” he says. “There's not enough parks or fields, so these pitches are more secure,” he adds.

For other amateur players, it keeps them out of trouble.

“I like the game… and on the other hand, playing football prevents me from getting involved in crime and other vices,” says player Abdurahaman Mohamed.

Repaired stadiums add hope
Mogadishu national stadium lay in ruins for sixteen years, denying young people the opportunity to play and watch soccer in a world class facility. It was recently repaired as part of an EU and Norway initiative to help the Somali government revive sports and improve community integration.

Although it is a rare sight to see a Somali mother encouraging her son to play football, Halima Sadia is an exception. The avid soccer fan regularly goes to the national stadium to cheer her son on as he plays international-calibre football.

She says it runs on the family.
“I'm here to support my son— he's a talented soccer player as our family has always been involved in sports. My mother used to play football even before Somali gained her independence,” she says.

While her son still continues to study, currently in secondary school studying languages, the soccer mom sees football in his future.

“I would like my son to follow the footsteps of the legendary Egyptian footballer, Mohamed Salah, who plays for Liverpool. I want him to play for the big teams, Insha'Allah,” she adds.

Another soccer mom, Anisa Mohamed, is happy to watch her son play in a secure environment.

“I am delighted to watch a soccer game in this magnificent stadium. It is a dream come true,” she says.