Orthodox priest in serious condition after shooting at church in Lyon 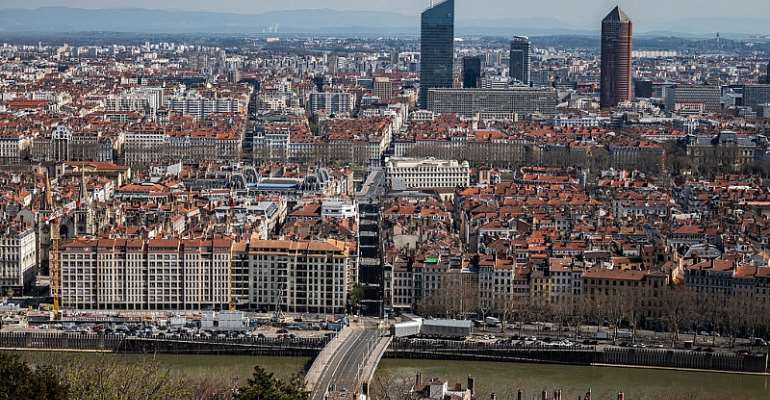 An attacker armed with a sawn-off shotgun on Saturday wounded an Orthodox priest in a shooting in the French city of Lyon before fleeing, according to police sources. This comes as France steps up security in the wake of two recent terror attacks in Paris and Nice.

The priest, who has Greek nationality, was closing his church around 4pm local time when he was attacked by a suspect carrying a sawn-off shotgun.

The 52 year-old is in a serious condition, according to a police source, who asked not to be named.

The priest, who was shot at twice, reportedly told rescue teams that he did not know the attacker.

"Security and emergency personnel are at the scene," the Interior ministry said in a message on social media, warning people to "avoid the area" where the attack took place, indicating the Jean Macé sector of the 7th district.

The attacker was described as "Mediterranean, around 1m90, dressed in a long black coat, wearing a black hat. He appeared to have hidden the gun under the coat, and shot before fleeing the scene," Ludovic Cassier, a spokesman from the Unité SGP Police trade union told France Info.

The attack in the southeastern city of Lyon comes just three days after a knife attack at the Notre-Dame de l'Assomption church in Nice, in which three people were killed.

France was already on edge after the republication in early September of cartoons of the prophet Mohammed by the Charlie Hebdo weekly, which was followed by an attack outside its former offices and the beheading of a teacher near Paris.

France went into a second Covid-19 lockdown on Friday but the government has exempted places of worship until Monday, allowing them to celebrate the Christian All Saints' Day on Sunday.

Country on high alert
After the deadly attack in Nice, President Emmanuel Macron announced increased surveillance of churches by France's on-the-street military force, which is to be bolstered to 7,000 troops from 3,000.

Security at schools will also be boosted, he said. Schools are remaining open during the new lockdown.

A further 7,000 members of the police force, half of them reserve soldiers and gendarmes, will as of Monday provide extra support to police chiefs for security missions.

Prime minister Jean Castex said a special crisis line would be set up to deal with the fallout of Saturday's attack.

"I reiterate the government and the Republic's full determination to allow citizens to practice their religion in a free manner, in a safe environment, " he said in a statement.

Castex was visiting a church in Saint-Etienne-du-Rouvray (Seine Maritime), where a Catholic priest was murdered in 2016.

Meanwhile, Foreign Minister Jean-Yves Le Drian has warned that French citizens face a security risk "wherever they are", saying alerts had been sent to all French nationals abroad.