The XII BRICS Summit Is Scheduled For 17 November 2020 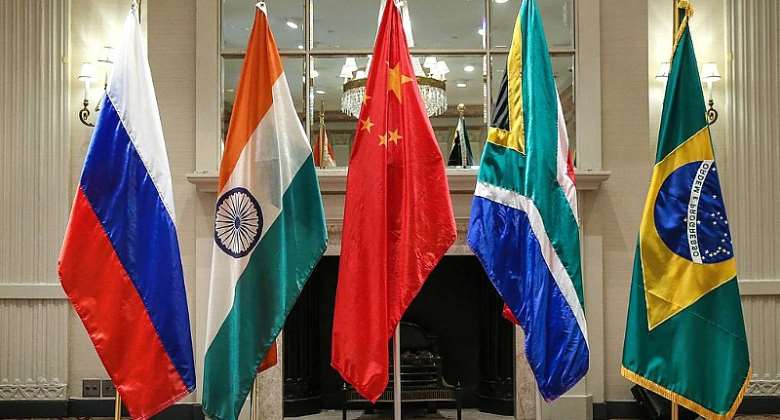 Under Russia's BRICS Chairmanship 2020, President Vladimir Putin will host Heads of State of Brazil, China, India and South Africa via videoconference on 17 November. Initially planned to take place in St. Petersburg in July, it was cancelled due to current coronavirus pandemic.

The leaders will discuss the strengthening and further development of cooperation within the framework of BRICS, including in the context of the global political and socioeconomic consequences of the COVID-19 pandemic.

In addition, the leaders will focus on significant and complicated issues or questions relating to geopolitical to socioeconomic spheres, transformations on the global landscapes in the 21st century. The meeting will adopt a working document that will further reinforce the position and development of the group.

As stipulated by the guidelines, Russia took over the rotating presidency of the BRICS from Brazil. Since its establishment, BRICS has come a long way from an informal venue for exchanging views on current issues on the international agenda to an absolutely mature and stable network of multilateral interaction on diverse issues on international and domestic agenda of the five BRICS countries.

Now BRICS has a multilateral structure, and become an association pushing for fair, democratic and multipolar world order. Russia has agreed to strengthen and promote strategic partnership in all key areas of BRICS activities, such as politics and security, the economy and finance, educational and cultural ties.

The theme of the Meeting of the Leaders of BRICS is “BRICS Partnership for Global Stability, Shared Security and Innovative Growth.” They will discuss the enhancement of their countries' trade and economic collaboration and coordination at international stage or platforms.

It plans to end its chairmanship with a strong set of new agreements, including the already agreed upon BRICS Anti-Terrorism Strategy and the updated Strategy for Economic Partnership to 2025. This document defines guidelines and priorities of cooperation and gives a new impetus to the development of trade and investment cooperation among the five countries.

It further provides a number of initiatives to strengthen sector-specific cooperation among the members. The people-to-people and cultural ties, as well as contacts between experts and civil society representatives, are already expanding.

Despite the current global situation due to the spread of the coronavirus infection, the activities under the Russian BRICS Chairmanship in 2020 have been carried out in a consistent manner. Since January 2020, a number of events have already been organized, including via videoconferencing.

Russia's Foreign Minister Sergei Lavrov has reiterated that deepening the strategic partnership in BRICS is one of Russia's foreign policy priorities.

Over the past decade, the group has proved to be a relevant and well-respected format of cooperation. The BRICS countries maintain solidarity in strengthening collective principles in global affairs; they advocate respect for the sovereignty and sovereign equality of all states and are deeply convinced that any conflicts should be resolved by peaceful means only.

The group collectively defends the principles of a more just world order based on respect for the norms and principles of international law and the United Nations Charter.

According to the procedure, each BRICS member takes over the chairmanship for a year. Russia last chaired BRICS in 2015, held a summit in the provincial city of Ufa. Russia also presided over the group back in 2009, before BRIC turned into BRICS following South Africa's accession. The five BRICS countries together represent over 3.1 billion people or about 40 percent of the world population.