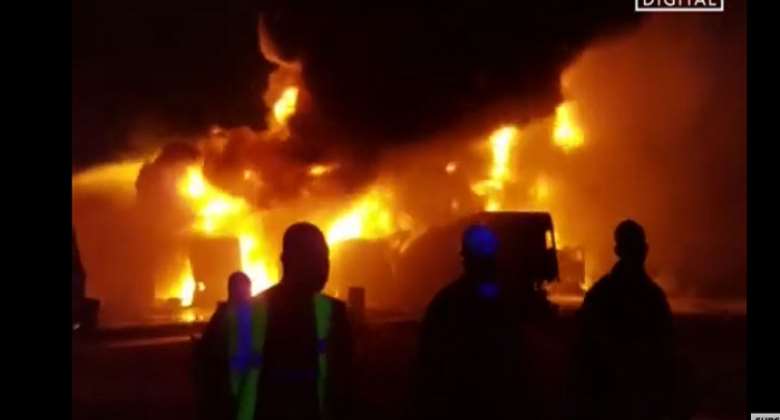 Four children have been burnt to ashes at Amasaman Fise area in the Ga West Municipality of the Greater Accra Region.

The sad incident occurred during a fire outbreak at their three bedroom apartment on Wednesday dawn.

According to reports gathered, the fire started around 12am while the children were asleep alone in the house.

The mother of the children according to reports left them alone in the house while she went to an all night church service.

The cause of the fire is unknown but according to the Accra Regional Police Public Relations, officer, DSP Efia Tenge, the police received information of the fire outbreak around 1am this morning.

She said the police proceeded to the scene and met the Amasaman Fire Service Personnel who explained that the fire started around 12:50am and was extinguished at about 1:50am.

She said the building was a six bedroom house but three of the rooms being occupied by a woman and her children got burnt.

“The four children got burnt beyond recognition since the children were asleep when the fire broke out.”

DSP Tenge said the bodies have been recovered and sent to police hospital mortuary for preservation pending autopsy.