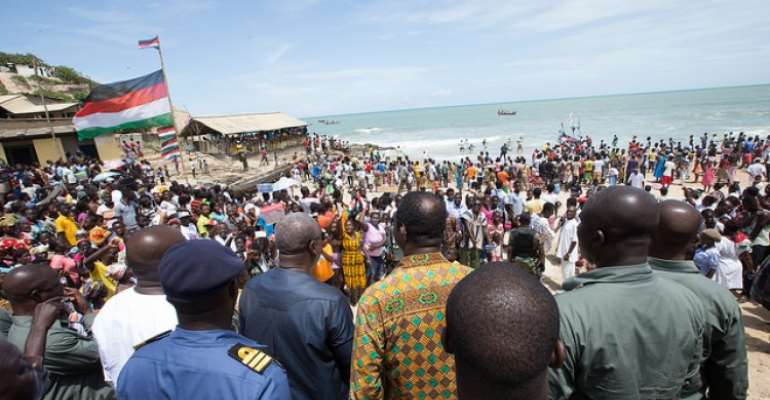 Addressing fisherfolk at Ayakpor in the Ada Constituency on Tuesday, 27 October 2020 at the start of his five-day campaign tour of the Greater Accra Region, Mr Mahama bemoaned the collapse of the fishing industry under the presidency of Nana Akufo-Addo.

He observed that the fishing industry has collapsed because the government has monopolised the distribution of premix fuel and subsidised outboard motors for its members and supporters who function as middlemen.

“Everything is about their party, it means anybody else is not Ghanaian and it is only they who are entitled to the opportunities this country has to offer", Mr Mahama said.

He was confident that the NDC will win the December 7, 2020 general elections to correct everything that has gone wrong within the fishing sector to create opportunity for all.

He said fishermen would be made to take ownership of the premix fuel and share among its members, as well as the subsidised outboard motors.

Mr Mahama has, therefore, entreated all to vote massively for him in the upcoming election to enable him create prosperity for all but not few, as being witnessed under President Akufo-Addo.

It’s beyond debate; Akufo-Addo has completely mismanaged Gha...
12 minutes ago

My morale is down – Angry Inspector reacts to mass promotion...
16 minutes ago