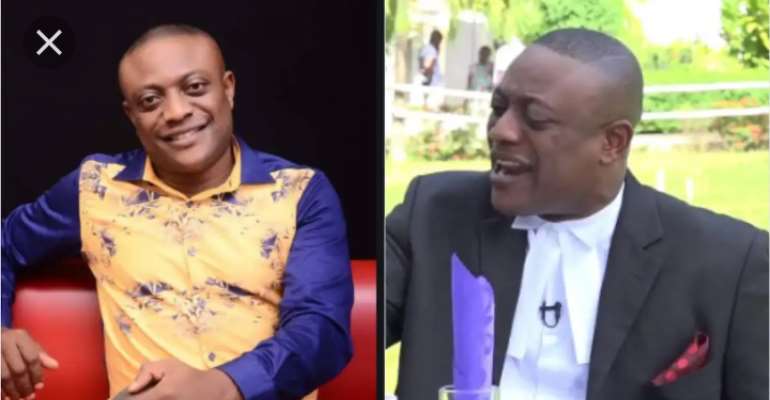 Private legal practitioner Maurice Ampaw called on the daughters of President Akufo-Addo to sue National Communications Officer of the opposition NDC Sammy Gyamfi for making false allegation regarding the establishment of their NGO.

He said claims by Sammy Gyamfi that the three daughters of Nana Addo-Danquah Akufo-Addo have established an NGO immediately after NPP took over power and used same to extort monies from companies is propaganda.

He urges the daughters of the president to sue Sammy Gyamfi for trying to soil their image.

Lawyer Ampaw argues that Rawlings wife Konadu and Mahama's wife Lordina established NGOs but no one questioned their source of funding, "so why brand that of Nana Akufo-Addo's daughters in such fashion?"

He said the allegation that the daughters of the President raised money through their NGO to put up an Autism Centre is nepotism and corruption is rather sheer lack of knowledge of the constitution and company's law of Ghana.

He added that the company law of Ghana allows anyone in this country to form a company. "President Nana Akufo-Addo's daughters have a right to own a company. So the idea to form an NGO isn't against any law in Ghana".

According to him, the NGO being established by the President's daughters is very laudable and need commendation.

"Sammy Gyamfi should know that all those monies that the NGO raised are for charitable purposes and there are laws that govern all these activities. Sammy Gyamfi only did politics and didn't speak law," he added.

This follows allegations that three children of President Akufo-Addo have financed the construction of an ultra-modern autism centre in Accra.

The children, Gyankroma Akufo-Addo, Valerie Obaze and Edwina Akufo-Addo financed the project through their foundation, My Sister’s Keeper Foundation, Ghana.

The ultra-modern edifice was donated to the Autism Awareness Care and Training Centre (AACT) in Accra.

It is against this backdrop that Sammy Gyamfi described the kind gesture of the daughters of the president as nepotism and corruption.

But lawyer Ampaw in a knee jerk reaction admonishes lawyer Sammy Gyamfi to go and read the 1992 Constitution and the Company's Law of Ghana and get himself well apprised with the laws of Ghana before making what he described as "unguarded comments."