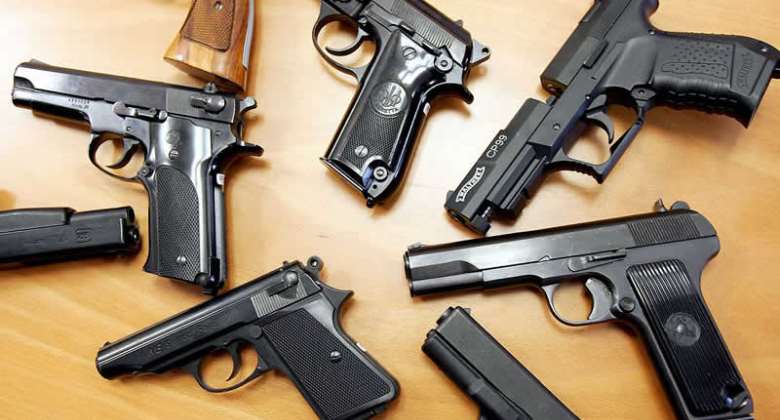 Ten constituencies in the country have been identified for the proliferation of illegal arms, according to the National Commission on Small Arms and Light Weapons.

The Executive Secretary of the Commission, Jones Applerh, at the launch of the Commission's ‘Ballot without bullets’ campaign aimed at achieving a zero gun violence in the general election said the commission is committed to ensuring peaceful polls by curbing the influx of illegal arms.

“Data from Police showed that 498,000 hotspots have been identified across the country. Regions with the highest hotspots include Ashanti with 635 flashpoints, 537 in Central, 405 in Eastern Region and 323 in Western. The porous source of our borders has been a major source of illicit flow of arms into our country.”

Mr Applerh emphasized the need for the media and faith-based organisations to help tackle the proliferation of arms.

“Considering the increasing trend of small arms proliferation and the rising appetite of arms acquisition in Ghana, coupled with a high incidence of death through guns, the Commission would like to call on all CSOs, religious and faith-based organisations and the media to fight against the proliferation of arms.”

Mr Applerh also called for a national database of the details of all weapons in order to prevent the falsification of arms licenses.

“Inspite of government’s efforts to support our fight against the proliferation of small arms, there still remain gaps in our legislation and policy framework that needs to be dealt with urgently. This includes the absence of digitized central arms database registry which will allow gun registration centres to communicate in real-time among themselves to avoid multiple acquisition and registration of guns.”

In Ghana, ninety per cent of crime scene arms are known to be locally manufactured.

The Commission had earlier indicated that there are about 2.3 million unlicensed arms in circulation in the country.