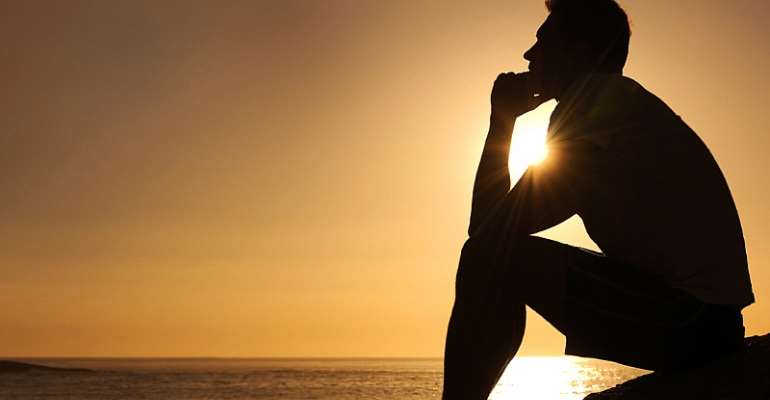 Have you ever found yourself in a situation where you prayed several times about a problem, but it got worse before it got better, or it has not gotten better yet? This article, in a strange way, may encourage you to hold on to your faith and to keep praying and seeking God’s help until you receive a clear answer from Him.

Israel went to war. It was not a war against the enemies of Israel. It was a civil war – Israel against Israel, and it was a sad situation. It also showed how persistence in approaching the Lord helps.

Some may recall that the twelve sons of Jacob formed the twelve tribes of Israel. Levi was Jacob’s third son and it was from the Tribe of Levi that priests were selected. Benjamin was Jacob’s last son. In the period after the death of Joshua who took over from Moses, there seemed to be no clear leader (like Moses or Joshua) or king for the people of Israel. They were occasionally led by people referred to as “judges.” During that time, bad things happened, and the relationship between God and Israel was at a low point.

One such incident is recorded in Judges Chapters 19 and 20. A Levite’s concubine, who was unfaithful to him, left him in their house in Ephraim for her father’s house in Bethlehem in Judah. The Levite traveled to Bethlehem and succeeded in persuading her to come back. On their way back, they needed a place to stay for the night. They did not go to a nearby city, Jebus (or Jerusalem), for safety reasons since the city was inhabited by Canaanites, not Israelites. Instead, they went to Gibeah in Benjamin, a city inhabited by one of the twelve tribes of Israel.

When they arrived at Gibeah, an old man saw them at the city square and invited them to spend the night at his house. While there, a crowd pounded on the door and shouted to the old man to bring the man outside for them to have a homosexual relationship with him. After pleading with them to no avail, the man gave his concubine to them and they raped her all night. When the man woke up in the morning, he found the concubine dead at the door. The man took the corpse back to his home. He cut the corpse into twelve pieces and sent to each of the twelve tribes of Israel, complaining about the crime and calling for action. The irony was that the man avoided the city of Jebus and came to an Israeli territory, but was still victimized by his own people.

The people of Israel were justifiably angry. They united against the city of Gibeah and demanded the surrender of the men who committed the crime so that they could punish them and purge the evil from the land, but the Benjamites refused and gathered their men in preparation for war.

Undaunted by their two humiliating defeats, the people of Israel sought God’s help the third time. They went to Bethel, wept before the Lord, fasted till evening, and presented burnt offering and fellowship offering to the Lord. Then they inquired of the Lord again whether or not they should go up and fight against the Benjamites, their own brothers. This time a clear, unambiguous, and positive response about the outcome came from the Lord: “Go, for tomorrow I will give them into your hands.” And so they went and defeated the Benjamites with the Lord’s help (Judges 20:26-36 NIV).

The fact that this bizarre story is included in the Bible means that God wants us to learn something from it. In his letter to Timothy, the Apostle Paul wrote: “All Scripture is God-breathed and is useful for teaching, rebuking, correcting and training in righteousness, so that the man of God may be thoroughly equipped for every good work” (2 Timothy 3:16-17 NIV).

What lessons can we learn from this story in light of Paul’s advice? What can be learned from it to teach, rebuke, correct, and train in righteousness? The story raises various issues; including, just war, immorality, homosexuality, rape, solidarity, insensitivity, infidelity, love, forgiveness, separation and reconciliation, hospitality, cruel bargain, corpse desecration, disobedience of God’s laws, resilience, persistence, overconfidence, faith, patience, sin, crime, punishment, and many more.

However, this article focuses on the faith and persistence of the people of Israel. In the face of humiliating defeats, the people of Israel did not give up. They encouraged each other. Their faith in God seemed unshaken. They drew increasingly closer to God. They wept, fasted and presented burnt and fellowship offerings to God, and believed that God would enable them to defeat the Benjamites. In the end, they were right. God granted them victory.

We can learn from it. The Israelites must have learned some good lessons about faith, persistence, and resilience from the patriarchs of our faith – Abraham, Isaac, and Jacob. God told Abraham that he would be the father of nations, but it took 25 years for Abraham to have the promised child Isaac. When Isaac married Rebecca, it took about 20 years before they had the twins, Esau and Jacob. Through all those times, they persisted in their faith and waited on the Lord. Thereafter, the floodgate opened. The 12 sons of Jacob became the 12 tribes of Israel.

They must also have learned that the fact that God was with them did not mean they would not face problems, challenges and, sometimes, defeats. Some of them knew that when God freed Israel from slavery in Egypt, Pharaoh and his army still pursued them and wanted to destroy them, but God as the Captain of Israel, with His angel, pillar of cloud and pillar of fire, protected and enabled them to cross the Red Sea and delivered them onto victory in the Promised Land.

God is still in control. When God wants us to win, no one can make us lose. We will never know why God did not help them to win the first time, or in the second attempt. Was it God’s punishment for their sins? Was it God’s way of teaching the Israelites a lesson that they did not need that many fighting men to win, or should not be overconfident and take victory for granted?

The Benjamites mobilized 26,700 fighting men, and the eleven tribes of Israel gathered 400,000. It seemed the people of Israel initially relied on their superior numbers and the justness of their cause. The overconfidence may explain why when they went to God the first time, they did not inquire whether to fight the Benjamites. Rather, they wanted to find out which tribe was to go and fight first. To them, winning was a forgone conclusion because they greatly outnumbered the Benjamites. Little did they know that to win or succeed, as the Almighty God would later say to Zerubbabel, it is “not by might nor by power, but by my Spirit” (Zechariah 4:6 NIV).

Even so, it is remarkable that with many people doing whatever pleased them in those days, they still had some faith in God and found it necessary to consult with Him. Further, they still had some moral standards to know that what the Benjamites did to the woman was a horrible crime and must be punished to serve as a deterrent to others. They were willing to fight and lose their lives in order to preserve some semblance of morality and purge the evil from their land.

God works in mysterious ways. He is able to make something good out of bizarre situations. It may take a little longer. There will be temporary defeats or setbacks here and there, but we should hold on firmly to our faith and be persistent. The Shepherd of Israel will not leave us or forsake us. As long as we rely on God and recognize that it is not by our might or power, but by the Spirit of the Almighty God, things will end up according to His perfect will for us.

Akufo-Addo is confused over MMDCEs appointment – Ho Central ...
42 minutes ago